Motorsports on TV: Memorial Day Sunday The race fan's holiday!  If you're completely insane, it's possible to go from 630am until 930pm on the couch watching 1260 miles of live auto racing in three major categories.  We're only going to concentrate on two of them, however: the Grand Prix of Monaco and the Indianapolis 500.  Here's the track maps: 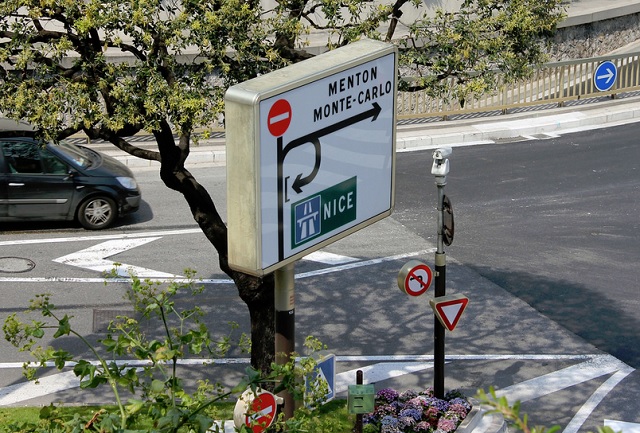 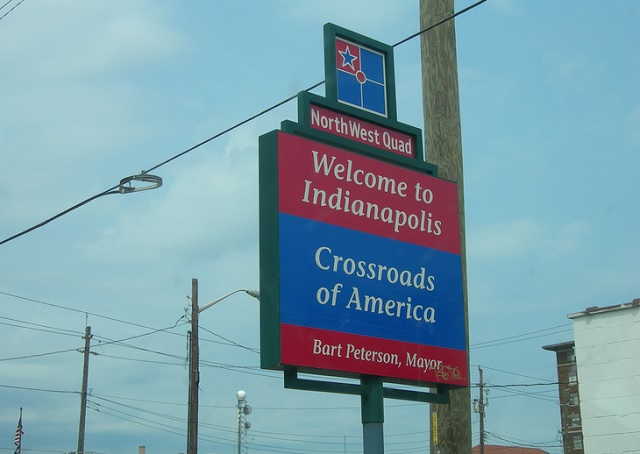 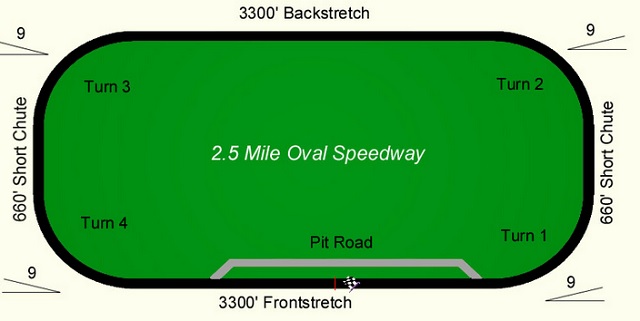 Two more dissimilar tracks you cannot find in motorsports.  Monaco, with its two mile long course, is actually a shorter lap than the one at Indy (2.50 miles).  It's also somewhat more narrow, and a little bit slower.  None of which detracts from the race one bit... in fact, that's exactly what makes Monaco so special: modern, high-tech, multi-million dollar F1 cars racing through the streets of a small French fishing village.  Meanwhile, over in America, you've got lower-tech open-wheel cars blasting around a superspeedway at 230mph making four turns per lap and almost never touching the brakes.  If one was that sort of person, one could suggest that the two tracks are perfect analogues for Europe and America.  Fortunately for all involved, I am not that sort of person. 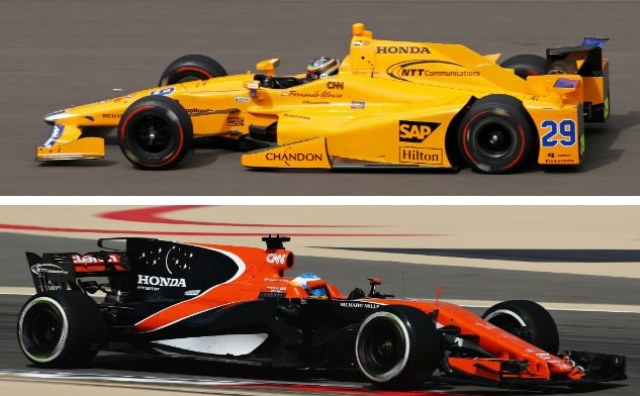 This year, of course, there's a particularly interesting reason to watch the Indy 500, in that McLaren F1 driver Fernando Alonso has decided to forego Monaco to compete in The Greatest Spectacle In Racing.  He's taken to the format quite well, qualifying fifth and even holding pole for a short time.  To be sure, qualifying position means little at Indy, but it's still quite the accomplishment for a rookie, particularly one that's never driven an indycar before.  Alonso is hardly your run-of-the-mill rookie, it must be said, and veteran watchers of the series say that the Spaniard has a legitimate shot at winning.

Of the 33 cars in the Indy field, there are (or were) six former (or current) F1 drivers involved.  Alexander Rossi, last year's winner, drove for Manor in 2015.  Takuma Sato drove for Jordan, BAR-Honda and SuperAguri in a seven year career.  Alonso is considered one of the best drivers in the world.  Max Chilton drove for Marussia in 2013-2014.  Juan Pablo (The Pope) Montoya had a six year career in F1.  And Sebastian Bourdais, who will not be making the race due to a massive crash in qualifying that broke his leg and pelvis, drove for Toro Rosso in 2007 and 2008.

All times Pond Central.  Please note that Practice 2 is, indeed, on Thursday, not Friday.  Monaco tradition and all that.  Also note the inclusion of NASCAR's Coca-Cola 600 on the schedule.  I did something like 1100 miles of the three races one year... I don't recommend it.  However, if you want to try the triple-header, you now know when the third race is.  F1 Update! will come along sometime afterwards... see ya there!

1 > Also note the inclusion of NASCAR's Coca-Cola 600 on the schedule.

It's a reminder that a few hardy souls have   competed in both the Indy 500  and the Coca-Cola 600 on the same day.

An 1100-mile highway trip in a comfortable sedan is something I'll split into two days.    The physical and mental stamina needed to cover that distance at race pace (at two different tracks in two very different cars,  with a hell-for-leather helicopter-and-Learjet trip in the middle) is just mind-boggling.