Laughing Long And Hard As you all know, I spent all of last semester (and the month of January) in a constant state of panic and fear.  Things like "laughter" and "fun" were very far from my vocabulary during that time, to say the least.  I spent many, many evenings in my office at the store until 8pm or 9pm, doing paperwork of one sort or another.  Now, calling my work area an "office" is something of a misnomer.  It's really a desk pushed into the corner of two cinderblock walls, server cabinet against the left end of it, and a cubical dividing wall next to the server to prevent people from just walking in and throwing things at me directly.

That server cabinet is home to an old Dill PickelEdge 2900, multiple rack-mounted thingies, a battery backup that's weighs as much as some of the students at Duck U, about ten miles of cabling, and approximately three thousand, four hundred and fifty four cooling fans.  As the ambient temperature in the Bookstore is invariably a uniform 3454Â°F, those fans are running constantly.  Need I say that no two of them alike, so none of them ever sync up, sound wise?  Instead of a pleasing rumble akin to white noise, what I actually get from the server cabinet is something like what you'd hear if you shoved Justin Bieber into a woodchipper.

Other than applause, I mean.

If I'm back in my office for any length of time, I try to listen to music to drown it out.  Last time I looked, I've got something like 130 songs on my LG dumbphone (it makes calls, it sends and receives texts, it's got a potato for a camera, and it's a mp3 player... and that's it, essentially.  Oh, and it's my primary alarm clock, too), ranging from classical (well, orchestral) to rock to dance to electronica to I don't know what it is but I like it.  Except there's one tiny problem, and I mean that literally... to whit, the speaker on my phone is approximately 1/37th of an inch in diameter.  If you can imagine what it would sound like to have a mosquito singing blue-eyed soul, you've got an idea what my cellphone sounds like.  I've tried all the usual tricks: toilet paper tube over the speaker, dixiecup, plastic cup, sheet of paper suspended an inch over the speaker, none of it made a bit of difference.  Until, on a whim, I purchased a Xboom.  Plugged it in, dialed up something with a large range of sounds, and waited.  The result was too much for my fragile body to take, and I was shattered into my component atoms.  However, the Xboom was so awesome that it reconstituted me back into my original form.  Seriously, if you need a portable speaker system for your laptop or something like that, get a couple of these things.

So this afternoon, I'm back in my office, grooving to some music on the Xboom, when a friend from the staff of Duck U comes in.  I didn't turn the music off for a few seconds because I didn't see her come in, but this is what was playing at the time:

My friend, who we'll call Gertrude because that isn't her name, says "Eh, I don't like that singer."  Who, Hatsune Miku?  "Is that her name?  She's a horrible singer."  Um, you don't... I mean... "How good can she be," asked Gertrude, "she's clearly got autotune turned up to the max." 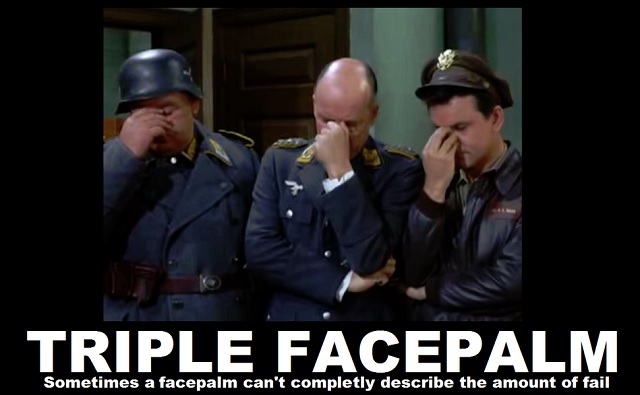 Well, you're not wrong, Gertrude.  "She just sounds fake."

Life is still a mess, but at least I had that moment.

1 If you Autotuned Hatsune Miku, she'd instantly become a real human, and we'd all be sucked, Tron-like, into our MP3 players.

Okay, that made my week, right there.

3 We have a couple of PEs in my office, in a separate room.  If I had my way, I would get rid of the case tops and replace the fans with much larger ones.

4 Sososo's Next Stage is still my favourite Miku track.

5 This might be a good application for noise cancelling headphones.

6 It would, except I don't want to close myself off from the world.  It's hard enough to notice when someone walks into my "office", putting on a pair of headphones makes it impossible... and unprofessional.

7 Noise cancelling headphones actually make unusual sounds more obvious by taking out the ambient whirring sounds, but yes, there are many times when its undesirable to be wearing headphones.