Introducing Frank I'm sure I've never mentioned this, but The Librarian is a children's librarian, every age from "real young" to "teenager."  A few months ago, she told me that her latest project for the "real young" group was going to involve something called "Model Magic," a sculpting clay.  Jokingly, I said "Ooh, make me a duckie" and promptly forgot about the whole thing.

This past Wednesday, we went out for dinner.  Towards the end, she presented me with the duckie she made.  Ladies and gentlemen, allow me to introduce Frank! 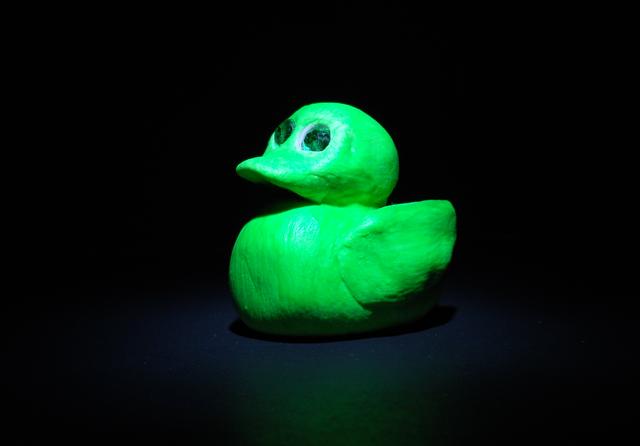 Why Frank?  When The Librarian handed him to me, I looked him over and was mightily impressed.  I then mused aloud "What should I name him?"  The Librarian, with no hesitation whatsoever, replied "Frank."  So Frank he is.  Frank gets his color from a green glow-in-the-dark paint.  Alas, it isn't a strong enough glow to show up in my camera, though it's quite visible to the eye. 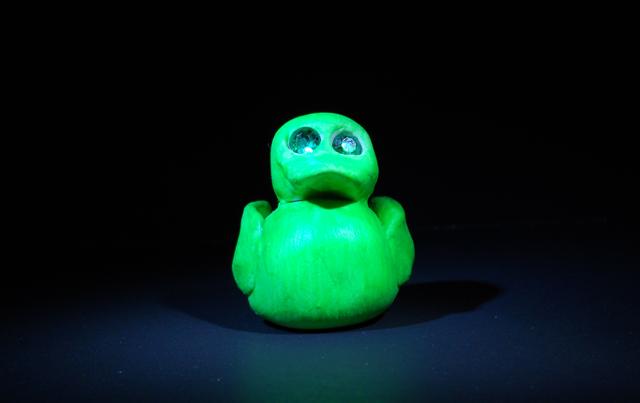 Frank has the honor of being the only hand-made duckie in my flock, though Rusty II might qualify as well.  Certainly he's one-of-a-kind... thanks, The Librarian!

1 I'm pretty sure that the Rustys come from a cast-iron mold, so Frank's distinction is secure, I'd say.


Your radiation level has  increased!

3 I saw this flash game, and thought you should see it. Good luck!