In The Grand Scheme Of Things, It Could Have Been Worse. So I went to bed Sunday morning around about 3am.  Woke up around 9am, still tired from the awful week that had just passed, so I just rolled over and went back to sleep.  And by "rolled over", I mean carefully positioning every nanometer of my body so as not to trigger the Big Pain Jolt from the leg.
At 2pm I woke up again, stretched, and mentally clicked "run exit program" in my head.  Step 1: get legs over the side of the bed.  This is not as easy as you might expect: the muscle that hurts the most will scream at any stretching, and the simple act of trying to lower my feet to the floor is enough to make it bad.  Step 2: get myself into the correct position... as close to the bedtable as possible.  Step 3: try to stand up using my legs while also shoving myself vertical with my hand on the bedtable.  If everything works, I'll end up out of bed, standing and ready to start the day.
Step 3 failed.  The muscle in my leg refused to give me the "tug" it usually provided. Instead it just screamed and screamed.  Okay, that happened on Saturday too.  I'll just give it another couple of hours, take a nap, try again then.  It failed then, too... and hurt even worse.
And then I became concerned.  I've never had THAT happen before... not even when my left leg hurt.  I gave it another try a few hours later, no go.  Day turned to night, Sunday turned to Monday, and there I was, unable to get out of bed.  As the night went on, my mind kept bringing out weird music requests.
I had no idea there was an album version of one of my favorite songs about radio... being trapped in bed has its advantages!
In fact, he wasn't when this song was released.
Yes, really.  It was a weird night.
Eventually, the sun came up, 9am came and went, and I called the apartment complex to send someone to Pond Central to unlock the door.  I then called 911.  I explained the problem, the dispatch operator said "they're on their way", and sure enough 10 minutes later there were two members of the CVFD EMT squad in my bedroom, trying to figure out just what the hell is going on.  Eventually, the two EMTs, Thor and Hercules, grabbed my upper arms and pulled.  Voila.  I'm on my feet.  Didn't even hurt.
Put some clothes on, got into the ambulance, and away we went to the nearest hospital... where it turned out they needed to put me in triage.  I looked at Thor and said "Amateur hour started early?"  He shook his head... since the weekend just before Christmas, it's been serious accident, gunshot victim, car crash.  He'd never seen it so bad before, and with a smile said "hell, you're practically a lunch break."  Laughter ensued.
Once in the ER, and lemme tell ya, their ambulance was kitted out with some of the neatest gewgaws I'd ever seen... including a motorized lift system for the gurney.  All they had to do was put the wheels in lock position, click a bar underneath my head into a track, and press a button.  Voila, into the back of the ambulance I went.  At the hospital, it was the reverse.  SO cool.
Anyway, once in the ER, they took me right to a room instead of staging me in the hallway.  On one hand, yay instant service!  On the other hand, oh... what happened to the patient that WAS in there that they'd expected to STILL be in there?  Happy New Years!
Nurses came in, did nursey things, doctor came in, shook my hand, doctor left.  X-rays and Ultrasounds were ordered and given, the results came back negative on both... no fractures in the upper leg, no thrown off blood clot blocking things.  And then came the words I was longing to hear: would you like some water?
Hm, lemme see... I was trapped in my bed for 30 hours, I've been here for four more hours, and in all that time, I haven't had ANYTHING to drink.  Yes please, some water would be pleasant.
It was lukewarm and in a styrofoam cup.  And dear god, it was the most wonderful thing I'd ever tasted.  And then it was empty, and I was sad because they didn't offer me a second one... until they came in with a painkiller!  More perfect water AND hydrocodone?  This day might actually be shaping up to something!
I was discharged, and Ph.Duck and RN.Duck gave me a lift home... and even though their car is bigger than the Duckmobile, getting into and out of it was sheer agony.  Because I was in the passenger seat, which is the reverse of what I'm used to, and the door sill is substantially higher in their car than mine.  Particularly getting out, when my right foot slipped off the top of the sill and out the door, I actually screamed as the pain hit me.  Some profanities as well, which I almost NEVER do in public.
Once I made it inside (going up the stairs is MUCH easier than going down), I began looking at new mattresses online.  I clearly need more altitude on the box spring and mattress on the floor that I do now.  And before you ask, bedframes stand no chance in hell around me.
So now it's nearly midnight and 2019.  Happy New Year, everybody! 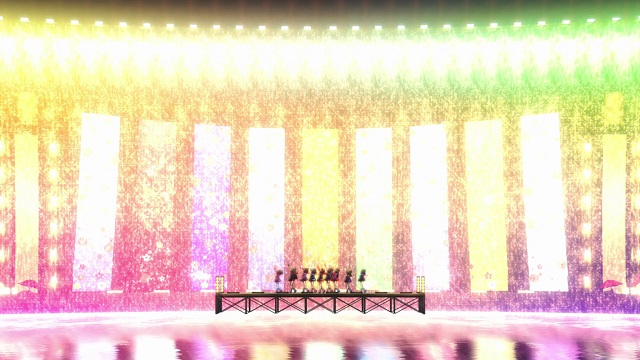 ...and now I get to figure out if I can sleep in a chair or not.
Edit: since I appear to be a self-centered jerk, please allow me to thank Brickmuppet a few minutes later than I should have.  Having such friends as these is luxury beyond measure.  And that includes all the Pond Scum as well.  Yes, you.  You too.  Yeah, even you, ya big galoot.

3 I hope things get better soon.  Not a good way to start the year.  But you knew that.

4 Pixy, I'm sorry, I thought I had said, but looking back I see it never was mentioned.
I have a groin muscle that is either strained or torn.  As there's no real way to differentiate without them actually opening me up or doing laproscopic surgery on me, we don't know exactly.  But we don't need to... the repair routine is essentially the same.  Which is: rest, heat, and don't overstress it.
So no marathons for me anytime soon.

5 May the recovery be swift and as painless as possible.

And for Pete's sake (somewhere in Texas an old man just sneezed and doesn't know why) I hope 2019 gets only better for you from here.

6 "Eventually, the sun came up, 9am came and went, and I called the apartment complex to send someone to Pond Central to unlock the door.  I then called 911."
For future reference, most apartment complexes these days have something called a Knox Box that the police and ambulance have access to that contains a master key.  Hopefully you won't need to do this again, but if you do, don't wait--call 911 first.  (If you search for "knox box" you can see what they look like.  Lots of stores have them, too.)
Glad you managed to get looked at and it wasn't something worse.

7 Wonderduck, good to hear.  I mean, of the various things it could be, that is one of the least worst.

10 RickC, you may be relatively new here, because REALLY long-time readers remember when I used to post this basic post every year.
Believe me, I don't need to be told to call 911.