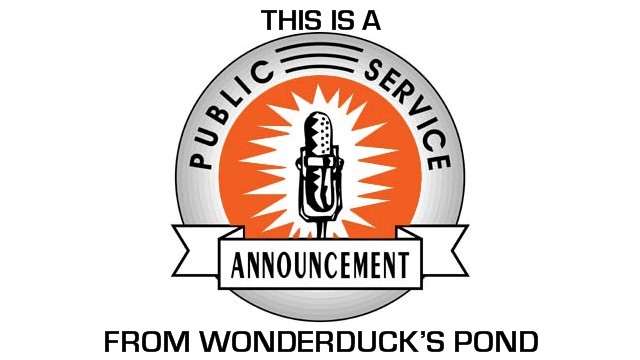 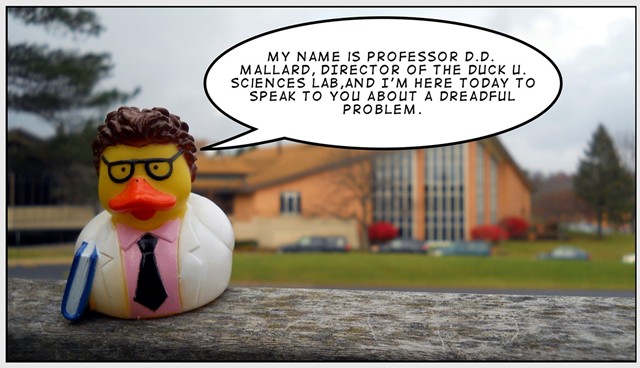 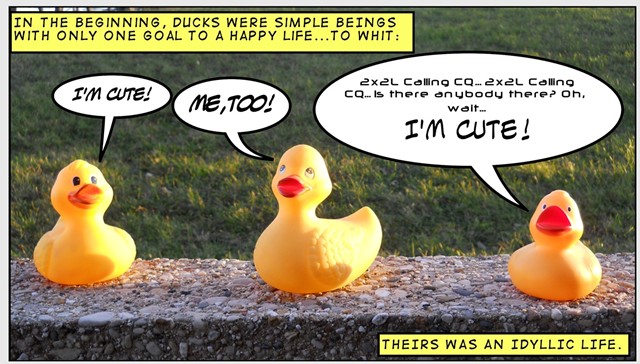 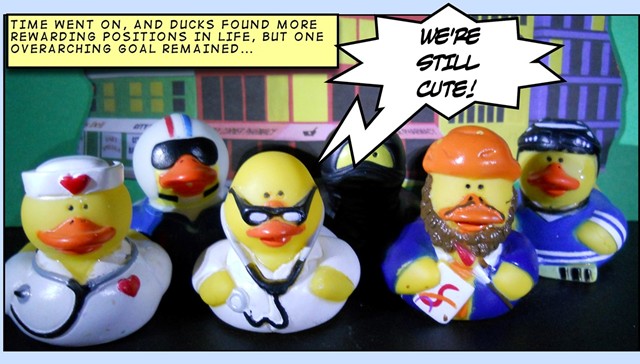 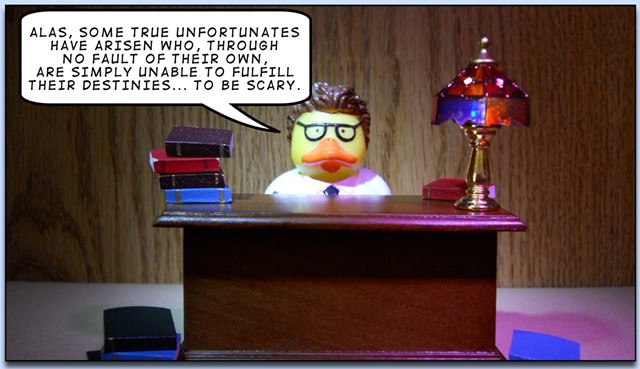 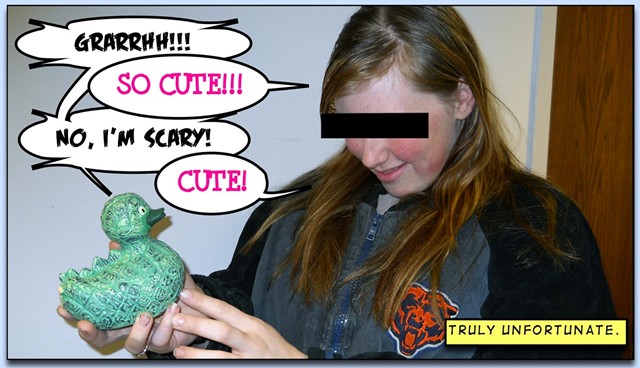 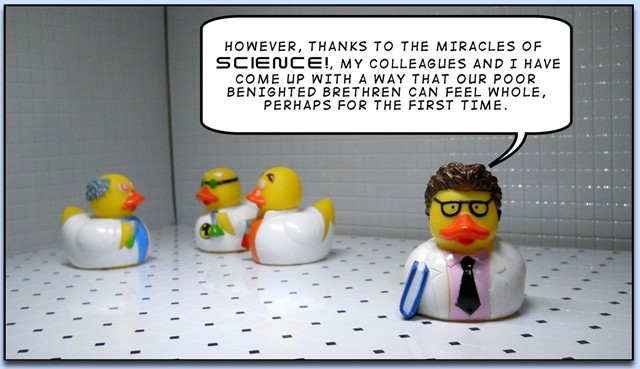 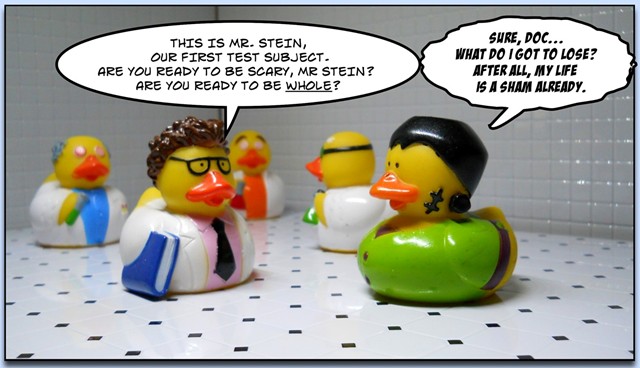 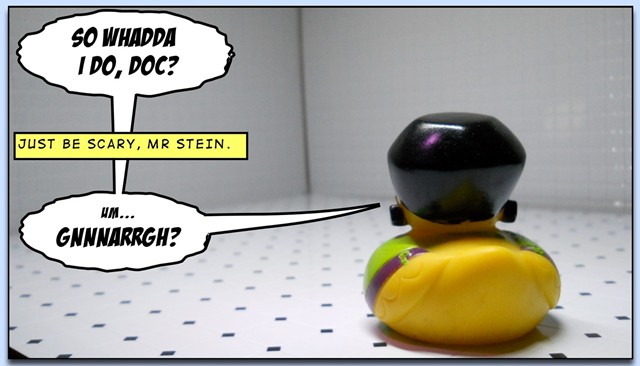 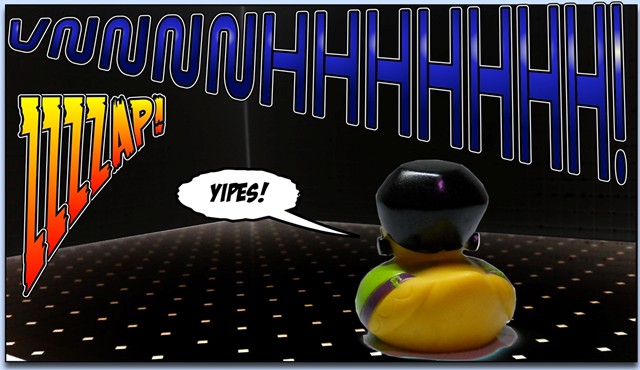 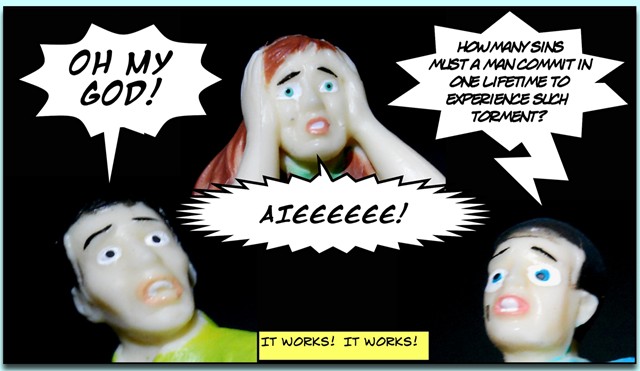 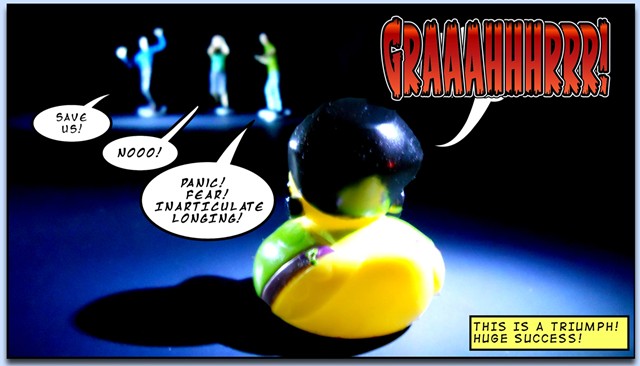 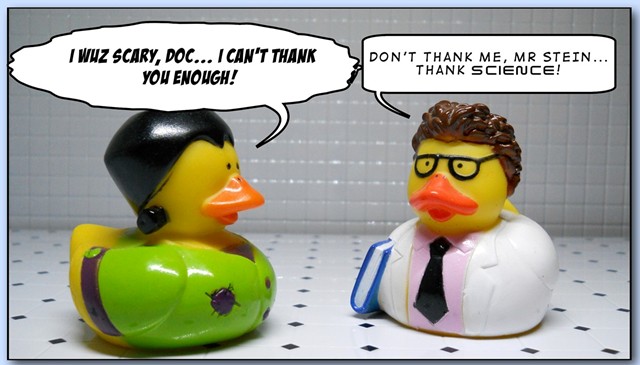 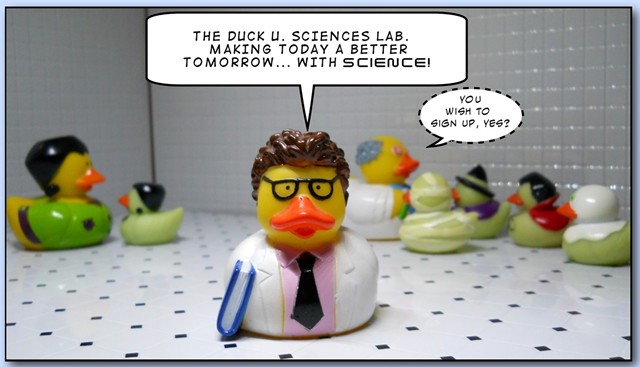 Over a year in the making!  Most of these pictures were taken last October, but I ran out of time to do it then.  Originally, this was going to be a one-picture story of the war between zombies and robots, with humans stuck in the middle.  That's where the "Horrified B-Movie Victims" came from, in fact.  Some things didn't work out as well as I'd hoped: the "holodeck" isn't as nice as I had wanted, but I could spend another week on it and it probably wouldn't work out.  All matrix-y, and stuff was what I wanted... "Perfect" is the enemy of "Done."

Speaking of "done", this wouldn't have been if it wasn't for Comic Life 2, a program one can find here.  Before I downloaded the trial version of CL2, it took me an hour to do one panel via PhotoShop.  After CL2, it was a half-hour for two panels with better results!  If you need a comic-maker, that's the one for you!

So there you are!  Happy Halloween!

4 All right; that's humorous. (A friend of mine, attending the Joe Kubert School, took a class on humor in comics. What I just said was invariably the teacher's comment when critiquing a strip by a student.) (This is good stuff.)