Graphics Card Weirdness Okay, so here's the gig.  I had time today to finally install the new graphics card... and it wouldn't.  Let me explain.

The first time I tried, I got a black screen.  Okay, didn't get the card seated correctly... not hard to do when the PCI-E slot's locking lever is broken.  Pulled it out, stuck it back in, voila!

Windows froze during boot.  Never even made it to the desktop.  Hold down the power button and try again.  Yay, desktop!  I wait for the computer to finish trying to find the mouse and keep hitting cancel on the driver search function, then plop the install disc into it and voila!

Windows froze during install.  It was at this point that I began to think that this wasn't going to go as smoothly as the other two times I've installed graphic cards.  Power button, reboot, bluescreen before POST.  As I was too flustered at what was going on, I didn't write it down (of course) but the relevant part that I remember was this: Machine Check Exception.

Power button, desktop, cancel cancel cancel cancel install disc it makes it a little bit farther before lockup.  At this point, I give up, pull the brand new GeForce GT630 out, put the SPARKLE GT240 back in... it functions as long as I don't have it do anything more strenuous than Minesweeper... and everything works right as rain.  Sighing, I send eVGA an eMail, asking for advice.

Response: install the drivers under safe mode, and how much power does your PSU put out at the 12v rail?  B-b-b-b-but if I install the drivers under safe mode, that'll kill off the SPARKLE, and for me to read the label on the PSU, I have to remove the PSU... and I remember having the devil's own time physically installing it in the first place.  Oh, and it's seven years old, it may not be putting out that much power anymore, right? 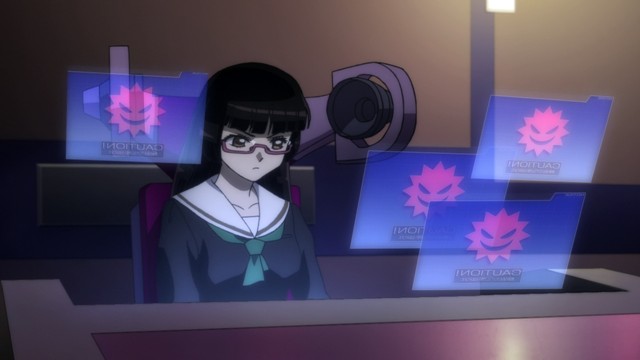 Suggestions, anybody?  This sound similar to anyone?  I really don't want to sink more money into this if I don't absolutely have to, but I'm willing to invest in a new PSU if need be... I'll just put it into the new computer that'll be coming down the pike soon enough.

UPDATE: And all this after I splurged on Steam's summer sale, too.  Saints Row 3, the DLC for Skyrim, and Kerbal Space Program... and I can't play any of 'em!

1 If the power supply may be inadequate or failing, how about testing it with a multimeter or power supply tester?  They're pretty cheap if you don't already have one, and it would at least let you determine if you're going to need a new one sooner rather than later.

Kerbal Space Program is awesome.  One of the very few "Early Access" titles that I think is actually worth playing as-is.  I already have 277 hours in it, and am nowhere near finished with everything I want to do.  Of course, I'm an old hand at Orbiter, so I guess I'm predisposed to like it.  The world needs more realistic space games.  I'm taking a break until the next patch, since it's going to break save game persistence.  I can quit any time I want, really, I swear!

The Skyrim DLC is well worth while, too.

2 Um, are you connecting the power cable to the graphics card?  Higher end cards often have a socket for connecting the same power lines as your HDD.

3 Some cards require that you install the drivers first, using the supplied install disk, then install the card.

The other thing:  'way back in the stone age (1997-ish) I was a big fan of Jaton video cards, because they didn't cost very much and you got a lot of performance for your money.  They used the Trident chipset and worked beautifully in my Pentium machine.

Unfortunately, when I bought a brand-spanking-new Celeron motherboard (I said this was 1997) absolutely detested Jaton video cards, and after trying three different models I gave up and put in another brand of card.  This is not the kind of thing which should still be happening today, but [excrement] happens.

4 @Mauser: no extra cable needed, it draws straight from the PCI-E slot.

5 It's not uncommon for a newer mid- to low-end card to actually use less power than older cards, but the problems you're describing are consistent with a lack of power.  If your motherboard is as old as or older than your power supply, it could be that the motherboard isn't moving enough power to the slot, or that the slot itself is damaged.

However, the problems *could* be caused by a driver conflict, but I wouldn't think it likely considering your moving from one nVidia card to another.  On that subject, installing the drivers in safe mode probably won't affect your ability to re-install the old card and boot with it.  Probably.

Of course, there's all of the "did you knock something else loose while installing the card" issues, but it doesn't sound like it if the old card will boot.  And I have to admit that upon hearing that your power supply was seven years old I immediately thought that you probably ought to replace it as a matter of principle.  The motherboard, too.  That's what I would be doing, but it's an easy thing to suggest to someone else; I'm not doing the work and losing my computer for the duration; and having to start over from scratch when the effectively-new computer is built.

As Ben indicates above, the intermittent failures and crashes you experienced are typical of power-supply problems.  Flag # 3.

"Easiest" test is a newer/larger PS.   If you can get a loaner, just plug it in while it's "close enough" to the case and see how that does.   Easiest IMAO, at least.

Just wanted to say, good luck, we're all counting on you.

7 As it turns out, one of my Duck U Bookstore temps is one of those guys who builds desktops for fun.  A long talk with him today, crossed with all your comments, led me to buy a new PSU... in fact, this one.  600watts as well as 46amps along the 12v rail... that'll do juuuuuust fine.

8 It does sound like a power issue, though that's a tricky thing to debug remotely.

I've used Corsair power supplies in a bunch of machines - desktops and small servers - and I've never had so much as a hiccup.  That one looks like just what you need.

I bought the Skyrim DLC, but I have yet to play Skyrim, so that might have to wait a while.

10 *Looks at the box from Himawari's 750 Watt Corsair PS*
I feel comforted in my decision.