Graphics Card... Possible Solution! Did you know that the interwebs come equipped with things called "search engines?"  True story!  You put a request or question into the search engine, and it checks to see if there's something out in the great world of the webz that matches.  I know, right?  I couldn't believe it either!  So I put "new graphics card black screen" into one of these search engines (called "Google") and OMG, hundreds of people have had a similar problem to mine!  So the blown away!  I post the best response I found here, just so I won't lose it:

1. Turn off the computer and unplug
2. Remove Graphic card
3. Plug the monitor to your video output
4. Turn on the computer
5. Click on start and type msconfig
6. Select the Boot tab and click on the box that says Safe boot with minimal selected.
7. Apply then click ok.
8. DO NOT RESTART.
9. Shut Down computer and unplug
10. Install Graphic card
11. Turn on the computer (should boot into safe mode)
12. Go into Device Manager
13. Expand Display Adapter
14. Disable the Intel(R) HD Graphics 4000 driver. (DO NOT UNINSTALL)
15. Click the start button and type msconfig
16. Unclick Safe boot
17. Restart
The computer will restart normally and will no longer get the black screen.

Another answer which sounds promising is:

What do you, my various and sundry tech wonks, think?  And this is going to sound like a stupid and dangerous question, but where in W8.1 does one get into BIOS?  I figgered out how to get into msconfig without a start button easily enough (right-click on the windows icon on the left of the toolbar... it's beautiful!), but BIOS is hiding somewhere.

You guys are the ginchiest! 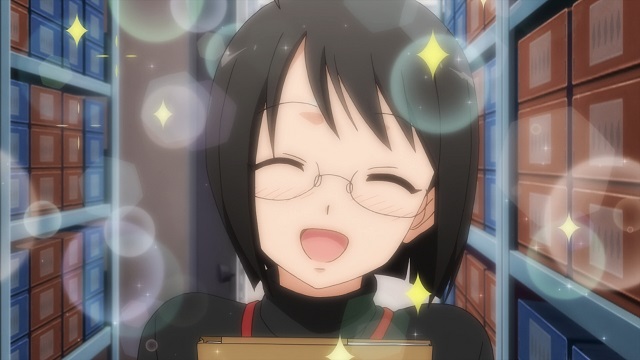 1 Getting into the BIOS requires pressing the magic key early in the boot process. What the magic key is depends on your motherboard manufacturer, but Delete is a common one. I generally hit it a lot until I get confirmation that it was accepted, since on some machines the timing is tricky.

2 IF you can get into the BIOS and IF you find a "primary display device" option there, that's what I'd go for first. The other option seems legit (he said, unironically) but if it works, there's always the chance Windows will later re-detect and re-install and re-enable the onboard video, leading you to do that dance again.

YMMV, and if you weren't having exactly the kind of problem which doesn't lend itself to my kind of support skills, I'd offer to take a look at your system from afar. Alas... video issues. Meh.

You probably need to google for your computer model and "bios" and "key" to find out the proper one. Delete often works, but I've also seen Escape, F10, F4, and that's not a complete list.

Moreover, it often isn't sufficient to hit the key once. You need to pound it just to make sure.

Allegedly ESC will open a menu that'll allow me to F10 into BIOS as well.  So double-winner?

5 (oh, and thanks, GD... if it were only possible, I'd be happy to have you fix it all for me.  I find that I'm not as excited about digging around in my computer as I once was, lo these many years ago.)

6 Many BIOSes offer "auto" as a setting for "primary display adapter" in addition to whatever their "don't use the integrated video" option is.  This is the best one if available, because if later you have to remove the video card for some reason, you don't have to do anything else.  PEG/PCI-E should work fine, though.
You shouldn't have to disable your Intel video driver (bear in mind that for all intents and purposes ALL computers have integrated video these days, both Intel and AMD), but if that works, then there you go.
Sometimes you upgrade video cards and switch from, say, VGA to DVI or HDMI.  A lot of monitors won't autodect that, and you have to hit one of the side or bottom buttons to tell it "hey, go look if there's an input signal elsewhere".  Usually, though, you'll get some kind of on-screen popup from the monitor itself, and not a black screen.  I mention this just for future reference because it doesn't sound like it applies here.

7 Steven,
I was experimenting with the timing on hitting F1/Del/whatever just last week.  At home I have a LED-backlit mechanical keyboard.  I've noticed that the lights come on a second or two AFTER the "press Del to BIOS" message comes up when powering on, and that got me thinking.  In my case, it turns out that the keypress isn't recognized until after the backlight comes on.  I wouldn't be surprised if that's where the "you have to hit the key repeatedly" comes from.  Without some kind of "hello I'm awake" indicator from the keyboard, it's a crapshoot as to when you can hit the key--and since there's usually on a 2-3 second window, it's probably best to not take chances.  Since I noticed this, I've also noticed that I do only have to hit the key once or maybe twice, not that I boot into the BIOS very often.
(modern motherboards with UEFI also frequently have a setting that says "don't power on all the USB ports until after going through POST" that seems to be on by default--and if your keyboard's not plugged into the right ports, it won't be able to get you into the BIOS at all!  Just a little Wednesday trivia.)

8 The ones that really annoy me are the RAID BIOS menus that require you to hit Control-something. People try to hold down the Control key and repeatedly hit the other, but you actually have to spam both keys to get it recognized.