"Fire in the cockpit!" 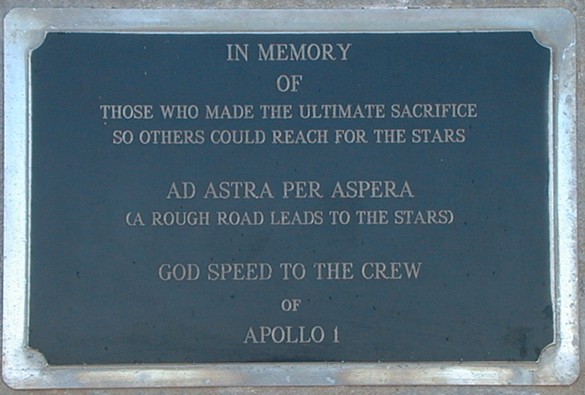 During training for the first manned Apollo mission, Gus Grissom, Ed White and Roger Chaffee were strapped into their seats in capsule CM-012.  The air in the capsule had been replaced by a 100% oxygen atmosphere, as was the standard procedure.  Communications between the astronauts and the ground crew were interrupted briefly by the sound of a voltage transient.  Ten seconds later...

"Hey!""Fire!""We've got a fire in the cockpit!""Fire in the cockpit!""We've got a bad fire!  Let's get out!  We're burning up!  We're on fire!  Get us out of here!"
Seventeen seconds after the first indication of fire from the crew, a scream of pain was cut short as the capsule ruptured from a massive pressure spike caused by the fire.  After that, it took five minutes to open the capsule's hatch from the outside; nobody ever thought that the hatch would need to be opened in a hurry by the launch tower crew.  The hatch was designed to swing inwards, and because of the overpressure caused by the fire, the astronauts were unable to pull it open.

The inside of the capsule was a charred ruin.  The three astronauts had become the first Americans to die in a space vehicle on January 27, 1967.