Failclipse Duckford had a little problem today.  It was overcast and cloudy... at least, it was overcast and cloudy when it wasn't overcast, cloudy and raining.  In fact, when I took my camera and tripod outside, it was dripping a bit.  I wouldn't go so far as to call it "rain", but there was water coming from the sky.  The upshot of all of this is that instead of the sun being a visible disk, it was instead a diffused blob of light.  Still, I gave it my best shot... but most of the pictures turned out like this: 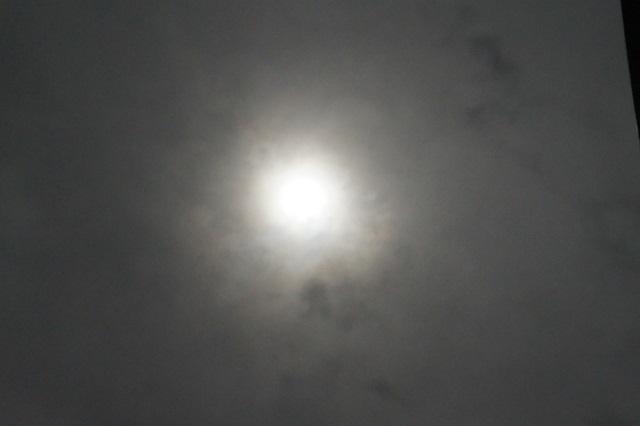 Don't fool yourself into thinking there's a bit of moon arc visible there at the bottom; this picture was taken around 130pm, less than 15 minutes past the most occluded time.  We were supposed to get about 86% coverage.  At 116pm, the sun was still casting clear shadows.  Feh.  Still, the shots weren't all bad. 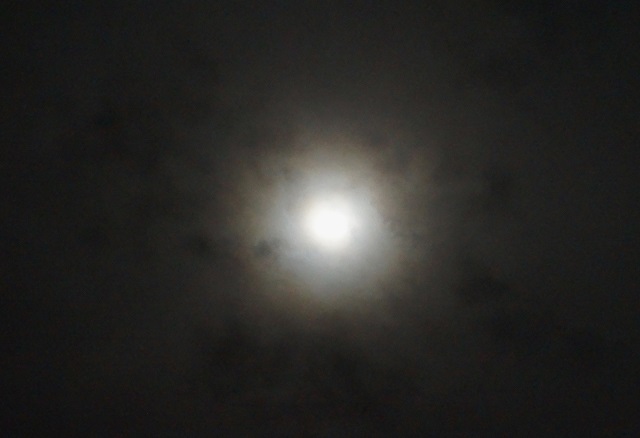 I call this one "Accidental Hubble."  Particularly in its larger form, it reminded me of dozens of Hubble shots with dust clouds occluding something bright in the center, y'know?  Just not as pretty.  So I have that going for me.  Which was nice.  And then, scrolling through the pictures I came across this one: 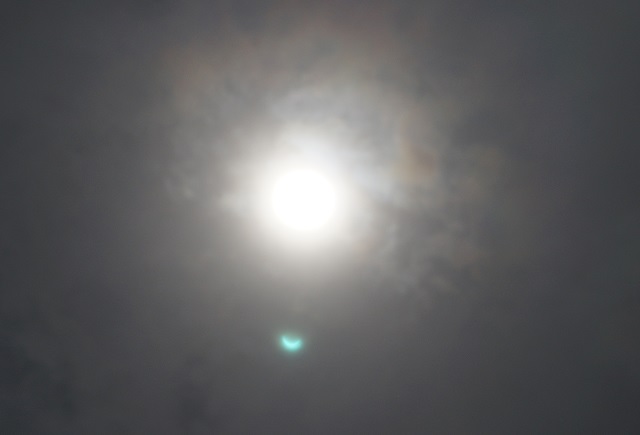 By whatever quirk of optics you may care to name, I somehow managed to catch what I assume is a reflection of the eclipse as seen inside the camera lens.  Maybe it's a trick of the mirrorless camera I use.  Maybe it's bouncing off the sun filter.  Maybe it's Maybelline.  All I know is that it's upside down from what we were supposed to be seeing here in Duckford.  And blue.  I have no idea what that's all about.  So there you have it... the best picture of the Great American Eclipse I was able to take.
Pbbbbth.

1 As my daughter said, it was a "failpoceclipse".  The eclipse didn't meet expectations, and the world didn't end.

2 I drove up to South Carolina to see totality.  First couple of pictures I took with my cell phone, as the eclipse were forming, were blurry, fuzzy nothings.  Then I remembered my phone's camera has a manual mode.  Simply turning that on and changing the shutter speed to it's largest value/shortest interval, 1/3200, let me get recognizable, if somewhat blurry, pictures.
Being able to look up at the midday sun and see the ring of light was really cool.