F1 Weekend Reports May Not Happen This Race Okay, here's the deal.  As you're all aware, Momzerduck has a poorly functioning liver.  What I've been trying to not mention this past week is what's been going on.

This past Saturday, she went to the ER with terribly swollen legs... so swollen that they hurt quite badly, and they also had a bad rash (we thought).  It turns out the fluid built up so much in her legs that they became infected; that was the rash-like substance.

She wound up staying in the local hospital until Tuesday afternoon, at which point the docs decided two things: A) she was going to be hospitalized at least through the weekend, and 2) she'd be better treated if she was moved to a hospital in Chicago, where her liver specialist was based... and the Transplant Board (the keepers of The List) was located.

She's doing okay there, though she's not getting anywhere near enough sleep (a common complaint of hospital patients everywhere... everytime they doze off, another doctor or nurse comes in).  They've put her on a new medication, which is already starting to show some good results in regards to her legs, but she's going to be in the hospital at least through the weekend dealing with this.

I am going into Chicago to see her after work tomorrow, and the earliest I'll be back is Saturday afternoon or evening.  I might be staying through Sunday, we dunno yet.  As a result, there's no way in the world I can do Friday Practice coverage, and likely won't do Quals, either, unless it's just a quick blurb Saturday night.

I'll be recording Sunday's race, but there's no way of knowing when I'll get a chance to watch it... it might not be until Monday or Tuesday night.

So, just wanted to warn y'all. 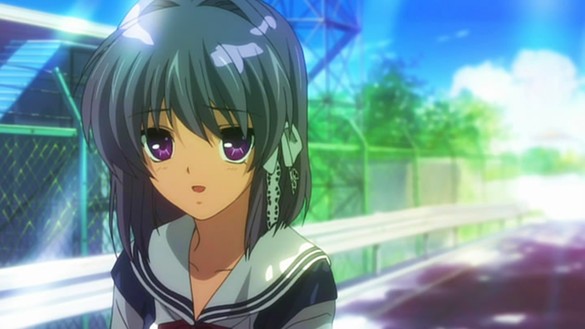 1 My best wishes to you and your mother. Here's hoping they can find a donor soon.

In the Duck's absence (and despite the sudden spammer attack) I'll try to do something of a report here.

Quals today proved that we continue to be in bizarro season. Force India's Adrian Sutil qualified 2nd. And the new new-kid-on-the-track, Vitantonio Liuzzi, got his Force India into 7th place. Which seems to confirm that the Force India cars are at their best on a fast track without a lot of maneuvering, which is what Monza is about.

McLaren's Hamilton qual'ed 1st, and Heikki came in 4th. Ferrari's Kimi qual'ed 3rd, and Fisichella showed that he should have stayed with Force India for one more race by qualing 14th. Which I'm sure gave Liuzzi a great deal of satisfaction.

The Brawns are still a force to be reckoned with, coming in 5th and 6th.

I'd like to think that Sutil has a chance of beating Hamilton, and of course anything can happen on race day, but Hamilton was faster than Sutil in all three qual sessions, by 200/100/200 milliseconds respectively. At those speeds that's a couple of car lengths. Plus Hamilton has KERS to fight off challenges. So it's very likely that Force India will be in the points again, and not unlikely they'll be on the podium, but I just don't see them winning it.

But you never know. That's why they run the races.

4 The final results are now in, but let's not post them and ruin things for Wonderduck.

My thoughts and prayers are with your Mom and your family.

And mum's the word on the race results.