F1 UPDATE!: Well, I'll Be Damned... It's REAL! A couple of weeks ago, Official First Reader Mallory asked me what I'd heard about the possibility of a new F1 team being started up here in the States.  I shrugged it off, to be honest, saying that there's been a lot of rumors over the past few years, and until I heard something concrete, I wouldn't put too much faith in this one.

Well, today the concrete was poured. 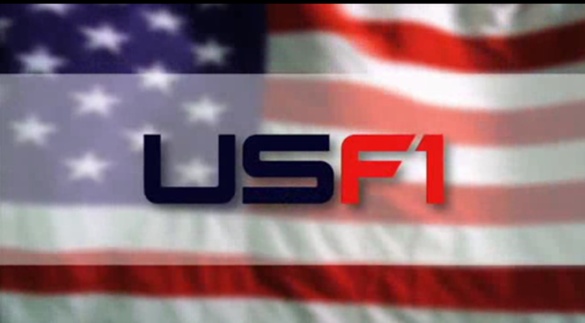 At a press conference on SPEED Channel this afternoon, the two men responsible for this bit of groundbreaking news, Ken Anderson and Peter Windsor, went over their concept.  Describing the plans as "lean, mean, Skunk Works-style", they don't intend to follow the usual model of F1 teams, i.e. "throw money at it."

"The recession actually helped us out," said Anderson.  "A few years ago when companies were frantic to be involved with F1, and were willing to pay out a $40 million bond just to enter, our plan would have been laughed off the table.  Now however, with the new regulations aimed at cutting costs, it's almost like they were designed for our plans."

The concept was first floated to Bernie Ecclestone in 2006 by Windsor.  "In typical Ecclestone fashion, he said 'Great, make it happen'," said Windsor.  "Both the FIA and (Ecclestone's F1 management company) FOM have been very supportive."

The team will be based in Charlotte, NC.  The home of NASCAR, Charlotte is for all intents and purposes the heart of American autosports.  Most of the NASCAR teams are based within 50 miles of Charlotte, and it's the home of what is generally acknowledged to be the best automotive wind tunnel in the world, "Wind Shear", a full-scale rolling road-style tunnel designed by Anderson.

The two principles have great backgrounds for an endeavor of this kind.  Anderson was the technical director for the Ligier and Onyx Grand Prix F1 teams, has designed a number of Indycar racers, and has five Indianapolis 500 wins under his belt with teams he's worked with.

Windsor, who readers of F1U! know better as "Smarmy", the track-borne member of SPEED's "Legendary Announce Team", was the team manager for Williams during their 1992 championship season, oversaw Ferrari's F1 chassis and suspension departments, and has been invoved with F1 for decades.

The catch-phrase for the team is "Made In America."  According to the duo, this means potentially everything about the team will be sourced in the US.  One thing that is sure is that USF1's drivers will both be American.  Names already being bandied about are Marco Andretti (who tested for Honda in 2006 and 2007), Graham Rahal, Danica Patrick, and about a dozen NASCAR and IRL drivers.  Foremost amongst those is the name Kyle Busch, though others that immediately leap to mind are AJ Allmendinger, Jeff Gordon (who once swapped cars with Juan Pablo Montoya in a legendary episode of SPEED's "Tradin' Paint"), and American Scott Speed (though, to be frank, Windsor's reaction to that was tepid at best).

Just about the only thing on the car that probably won't be American-made is the engine.  With the new rules in place freezing engine development, there are only a few FIA-approved engine makers; Cosworth is an American possibility, however.

St Fangio the Quick only knows if the team really will make the grid as announced for the 2010 season, but we here at F1U! are taking this one very seriously.  It seems to be the best design concept for a team to come down the pike in a long, long time.  If it happens, there's no question that we'll have a new favorite team, replacing the late lamented SuperAguri and Minardi.

We have a feeling, though, that the car is going to be festooned with sponsor logos, just like a NASCAR racer.  If it gets them on the grid, we're all for it.  We'll keep you abreast of all the developments as they happen... see you in a month for Australia!

That is awesome news!  I have a very good feeling about this.  Get Kyle Busch behind the wheel of an American F1 racer and it may be a winning combination.  Same for Rahal and Allmindinger.  (Notice I left out Speedy Scott.)

What I wouldn't give to see Marco Andretti and Graham Rahal team up for this effort. Two great American names with roots in F1. Let's face it, Scott Speed never panned out. He hasn't even been impressive in NASCAR. I followed A.J. Almendinger in Champ Car, he was riding a wave of success (nearly winning the Championship) and then abruptly picked up and went to NASCAR. And Danica Patrick has talked about an association with an F1 ride and sounds supremely uninterested.

3 This is a stillborn idea thanks to air freight costs. The F1 circus travels together on only 3 An-124s for flyaway races. It's unthinkable that USF1 would be able foot the bill for this. Add to that how other teams are able to use trucks for the European races. The difference will eat all the savings from cheap land and lower taxes.

Secondly, they are guaranteed to remain at the back end of the grid for years. Some fans might love a Minardesque team, but getting sponsorship is going to be a challenge. Nobody is likely to want to be associated with a guaranteed failure.

1) USF1 has already contracted for a "secondary base"in Spain.  So much for problems like flying to, or trucking around Europe.

2) While the FIA does charter some transports for the teams (cargo 747s, not An-124s), the teams do a lot of their own shipping too.  Particularly when they had two races in North America, some of their team stuff is actually sent via sea.  See this comment (and the whole post in general) for details.

3) USF1 will only be one year behind the other teams considering the recent rules changes, and only on the chassis.  The engines will be the same as what the teams are using now.  Please note that, since the team is not currently part of F1, they are not subject to the FIA limits on testing... in theory, as soon as they have their car up and running, they can test it to their hearts content.

Everything you've mentioned, Windsor and Anderson covered in their press conference, which can be found at SPEEDtv.com, either the video or the transcript.

If they HADN'T thought about it already, this team would be DOA, no question... but these guys aren't idiots.  They've DONE this before, Pete.

Forgot to mention... I DO think they'll have one big weakness, and that's the lack of F1 experience in the drivers.  Since American Scott Speed is currently the only American with any F1 background, and there's no chance in hell they'll have him on the team, by definition, they'll have rookies.

That'll cost them, but the rest of the team and infrastructure?  *shakes head*  They'll be fine... they just need to get the team rolling.