F1 Quals: United States 2017 Instead of the lousy conditions they had in Austin on Friday, Saturday saw blue and sunny skies, warm temps, and dry pavement.  That pretty much made it a given that the grid was going to be fairly conventional, but is that really what happened?  Here's the provisional grid for the 2017 United States Grand Prix:

Yep, pretty conventional.  Polesitter Lewis Hamilton has dominated the weekend so far, being fastest in all three practice sessions and now setting a new course record to boot.  Oh, and he averaged 132mph around the circuit, three mph faster than the previous record.  Hamilton's only real competition, both for pole and for the championship, Seb Vettel, absolutely needed this result to have much of a chance in the race tomorrow and to keep his faint championship hopes alive.
Dear heavens, the Mercedes looked absolutely glued to the track today.  During his pole lap, as seen from the above-head camera position, it felt like Hamilton barely needed to turn the steering wheel let alone make sudden course corrections like from a slide or something.  A superb driver and a superb car, on a track the driver loves and the car may as well have been made for?  Fwoar.
Embryo Verstappen has a 15-spot grid penalty for various parts changes.  Pleasant Stroll, who attempted to murder Lettuce Grosjean in Q1 today, got a three-spot penalty.  So did Kevin Magnussen, who will now be starting from Pilot Knob.
Race is at 2pm Central Pond Time, with a pre-race on NBC at 1pm.  I'm having brunch with the folks beforehand, but I expect I'll be back in time to catch the start.  I don't intend to liveblog, but if anything important happens, I'll post something ASAP.  See ya then! 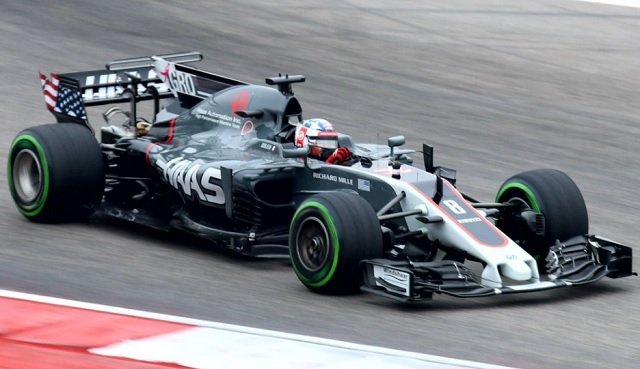 1 They have really done themselves proud with the pre-race coverage, and the Texas guy introducing the drivers was a ton of fun. (I kept expecting to hear your nicknames, though!)

I gotta say, though, that the segment on Lewis Hamilton visiting NASA Houston was poignant. It has been said that race car driver skills and fighter pilot skills are similar, and that "road not taken" was clearly hitting him pretty hard. However, watching him drift a Mars rover through the NASA parking lot was hilarious, and probably set off some competition among the astronaut corps! (And hey, there's nothing to say that Hamilton can't get an engineering degree. He's got cash.)