F1 Quals: United States 2016 Time is running low on the 2016 season, and Mercedes' Lewis Hamilton, reigning driver's champion, is in serious trouble.  His teammate has a 30+ point lead and holds all the cards.  Hamilton needs to win out and hope something goes wrong with his teammate, but to win out, you've basically got to be on pole when the light go out.  So how'd Quals for the 2016 United States Grand Prix work out?  Here's the provisional grid:


The two Merc drivers split the first two Qual sessions.  Perhaps importantly, Rosberg was fastest in the second session.  This is important because the top 10 have to start on the tires they used for their fastest lap in Q2... and unlike everybody else, the Mercs used the Soft tires while everybody else used the Supersofts.  So in theory, Rosberg will have the advantage in at least the first stint.

Beyond them, Two-by-Two is was the rule of the day with only a wayward Force India to break up the first eight slots symmetry.  Major disappointment for American team HaasF1, who were chasing gremlins all practice.  Maybe things will go better for the race tomorrow afternoon!  Look for it on NBC-the-mother-network, and sometime thereafter, F1U! 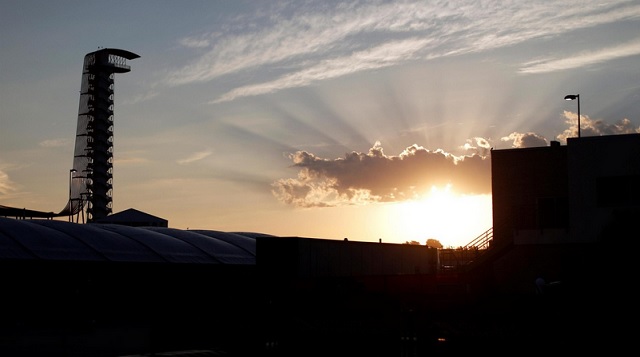