F1 Quals: MONZA 2008! It never rains at Monza.  Never.  Never ever.  So what happened in the Quals session today? 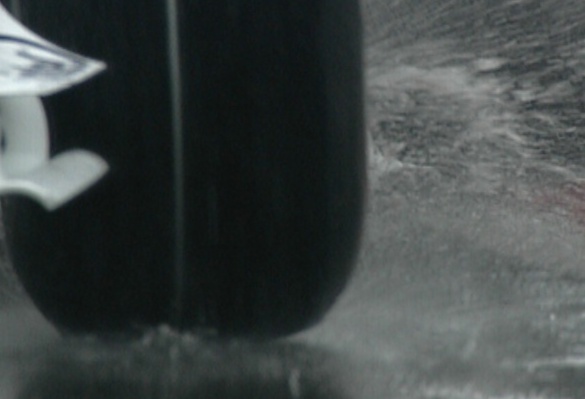 It rained.  A lot.  Unfortunately, it was raining here in Duckford as well.  A lot.  Six inches worth overnight, some reports are saying.

As you can imagine, The Pond's satellite feed was pretty much borked, so I haven't even watched quals yet!  While I'm trying to d/l it as I type this, it's going to take some time.  So instead of waiting, here's the provisional grid:

Yes, ladies and gentlemen, it's Bizarro Grid!  Sebastian Vettel on the pole?  Lewis Hamilton, Kimi Raikkonen AND Robert Kubica not making it out of Q2?   Three Red Bull cars in the top four?  Vettel becoming the youngest pole-sitter in F1 history?  Inconcievable!

It becomes somewhat clearer when you realize that it's NOT expected to rain tomorrow, so the heavy hitters are probably set up for a dry track.  The other teams, like STR, are probably gambling and dialed themselves in for wet weather, which helped them today, but could kill them tomorrow.

After I watch the quals, I'll throw in some more info here if warranted.  But still... TORO ROSSO??? 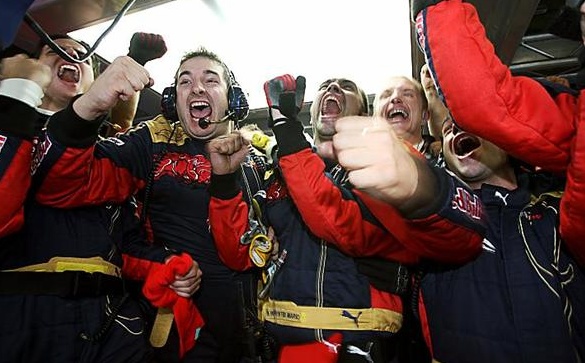 This is madness.  MADNESS, I tell you.  The mind boggles!

...which helped them today, but could kill them tomorrow.

In any normal race they're dead anyway, so why the hell not? This way they get high starting positions, and maybe their drivers can hang on. What kind of passing track is Monza?

Iffy.  That's the problem with high-speed circuits.  There's two ways to pass someone: under braking, and through raw speed.  Raw speed is out, since everybody is going 200mph.  Unfortunately, there are so few turns at Monza, you don't get much of a chance to outbrake someone.

Don't get me wrong, passing is possible, surely, but it's no Suzuka or Spa.

As far as the wet setup goes, yes, they've got no shot at 1st, but they'd likely be in the points, which is the first step to go for podiums.  If the track is dry on raceday, though, with their wet setup they've got a great shot for last place.

Every position counts in F1, whether it be for the championship (if Hamilton and Raikkonen tied on points last year, Hamilton would have won it on a tiebreaker: how many 7th place finishes did they have?) or just for cash (the FIA gives out money all the way down to 20th place, essentially).  These payouts can be huge; remember Monaco, when Kimi rear-ended Adrian Sutil's Force India and cost him a potential podium and/or 4th place, and knocked him out of the race?  That 3rd place finish might have been worth nearly $6 million in FIA prize funds, or roughly 1/10th of Force India's yearly budget.

Still, I agree with you: you've got a shot, why NOT take it?  Isn't that what sports is about?