F1 Quals: Mexico 2016 Beautiful day at Mexico City's Autodromo Hermanos Rodriguez today.  The sun was shining, bringing a lovely glow to the world's largest megaslum Neza-Chalco-Izta, located just a few miles away from the pretty park where the track is located.  The track was very hot, however, making the Super-soft tires start degrading even before they were mounted on the cars.  Nico Rosberg can actually clinch the World Championship this weekend, with a win and Lewis Hamilton finishing 10th or below.  To stand a chance to win, first you must qualify!  Here's the provisional grid for the 2016 Grand Prix of Mexico:


The sharper-eyed (or the overly-detail-oriented) of you may have noticed that there are only 21, not 22, cars listed.  That's because in P3 Renault's Jolyon Palmer took his car for a looooong run over some curbing... that fit perfectly between the wheels.  He wound up with a crack in the driver's tub, forcing the team to build him a new car from the ground up.  He races at the stewards' whims.

Other than that, however?  Rosberg pulled second place out of his exhaust pipe, jumping up from fourth at the last moment.  I'm sure his teammate is happy for him.  The Ferraris only noise came from a radio call with Seb Vettel in Q2: "Are we safe (in our position)?"  "We are safe."  "Can I go for a wee?"  Just in case you wondered what F1 drivers do when... well... y'know.

Finally, Lettuce Grosjean looked to be ready to shank a b*tch after his car had another series of cascading failures in Q1.  He's never been thrilled with his brakes, and they've gotten even worse over the last few races... and today, his hybrid battery went south on him, too.  You know, the battery that's charged mostly by the brakes?

Race is in the afternoon.  See you sometime thereafter... 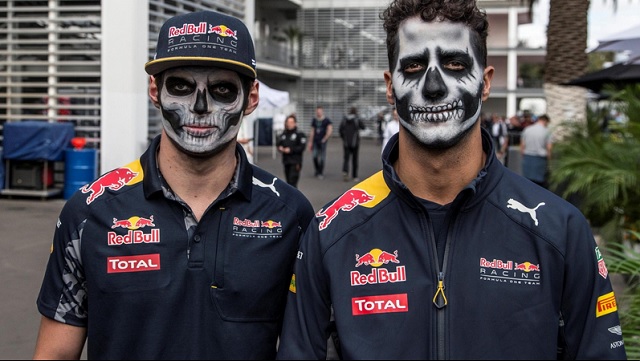 1 Every quals I load your writeup hoping to see Force India or McLaren in pole.  Or even Ferrari.  A bit.