F1 Pr0n: Barcelona Testing! So while the season is done, F1 never really rests.  The past three days have seen the teams congregate in Barcelona, Spain, for the first round of Winter Testing.  Partially this is so the teams can work out prospective new drivers, like Bruno Senna and...

But that's not the IMPORTANT news coming out of Barcelona.  Y'see, here's what F1 cars look like now: 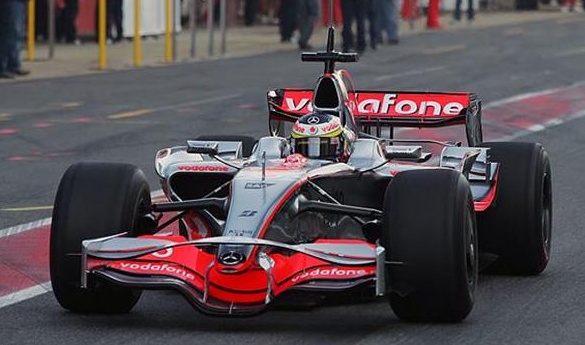 McLaren's MP4-23
Yeah, we've seen it a gazillion times, right?  Well, things are gonna change a little bit in 2009, and BMW brought their version of the new car out... 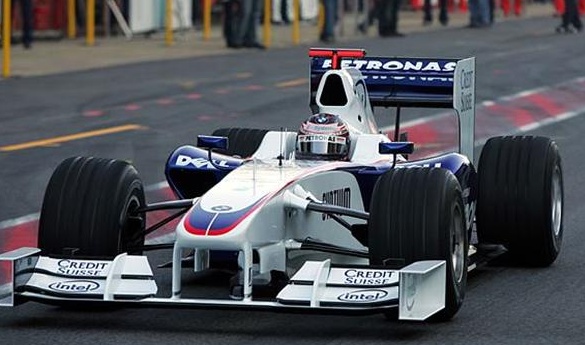 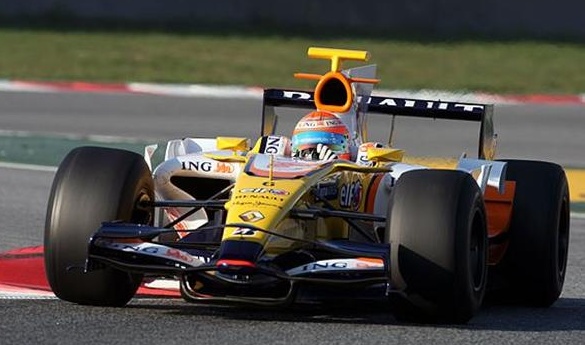 Renault R28
Note the slick tires on the 2008 Renault.  That's another change to the rules; no more grooved wheels, it's all smooooooth.  More rubber on the road means more traction, particularly at low speeds. 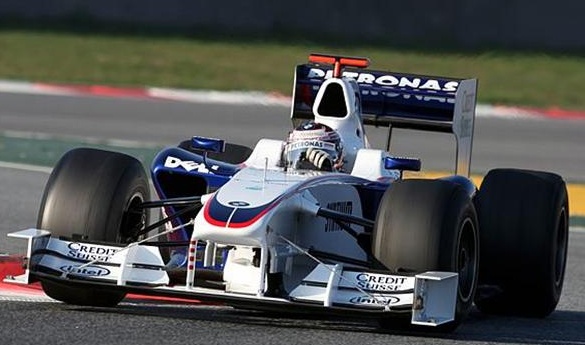 BMW's "Interim" 2009 car again
Yeah, big difference on that front wing.  Interesting that the interim version of the nose has guy wires on it!

You really want to see the effect of the new aerodynamic rules?  Here's the 2008 Renault again: 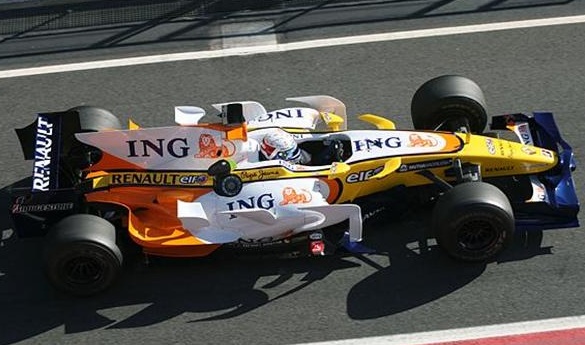 I chose the Renault intentionally, as it always seemed to be sprouting another set of tiny winglets every week.  I count at least five sets, not including the front and rear wings.  Now here's the BMW: 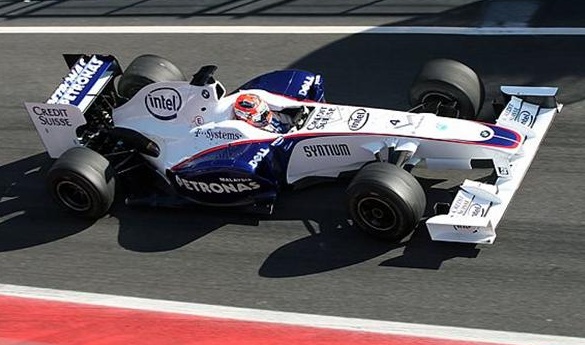 Let's see... I count... NONE.  It's a nice, clean appearance that just looks really good.  I can't get used to the nose/rear wings, though.  They just look wrong.

There'll be more changes, of course.  But until the real cars roll out in January, let's just enjoy these, shall we?

1 Seeing slicks is the strangest thing of all for me. While that'll make for a faster race on dry, it'll also mean that if there's any wet at all, there'll be lots and lots of accidents.

I agree.  Those front and rear wings look weird.  Maybe if they find a different way to attach them they'll look better.

And a big YAY! for Sato!

3 What happened to Webber? Did someone else hire him away?

4 No, Webbo is still with Red Bull.  He'll be teaming with Driver of the Year candidate Sebastian Vettel, who'll be replacing David Coulthard's Chin.

SeaBass is fighting with TAKU~! and Sebastien Buemi for the two Toro Rosso seats... and what is it with Toro Rosso and drivers named 'Sebastien/Sebastian' anyway?

Having typed that, I realized I made an oops up in the text.  Duh.

5 Then that's how I got confused: "Toro Rosso" isn't the same team as "Red Bull".

6 Correct.  They're both owned by Dieter Materschitz, the 'creator' of Red Bull energy drinks, though, and are essentially the "A" team (Red Bull) and "B" team.  The junior team has had a lot more success than the big team, however, which I find amusing.