F1 on TV: Monaco 2015 Ahhhhh, Monaco.  The place Formula 1 likes to imagine every race is like.  The glitz, the glamor, the champagne, the megayachts in the harbor, the casino, the women, the money.  For some reason, I can't imagine Spielberg, Austria, or Mexico City, or Spa-Francopants, or even Austin, Texas being the center of glitz and glamor (though Austin's the center of Weird).  But that's fine.  The sport can have its delusions because at least once a year, they're real.  This weekend the F1 Circus makes its way to the Principality for the 2015 Grand Prix of Monaco.  Let's take a look at the track map, shall we?

Essentially unchanged since the addition of the Nouvelle Chicane (Turns 10/11) in 1986, though there was a minor reprofiling of the Swimming Pool (Turns 13-16) in 1997, Monaco is the slowest circuit on the calendar.  It's also the narrowest, has both the slowest (The Hairpin) and one of the fastest turns (Turn 9, the Tunnel) on the calendar, and is the only place on the calendar with a measurable risk of drivers ending up in the water.  There's no "straight" here, just less curvy areas, and I'm fairly sure that the stretch from the end of the Nouvelle Chicane to Turn 17 is flat... the rest is uphill, downhill or seemingly both at the same time (the exit to the tunnel loses altitude except for a car-length-sized bump uphill).  It takes about six weeks to construct the circuit by putting up the armco barriers, safety fencing, bleachers, activating the pit lane, bolting the curbs into place, welding the drain covers down, that sort of stuff. 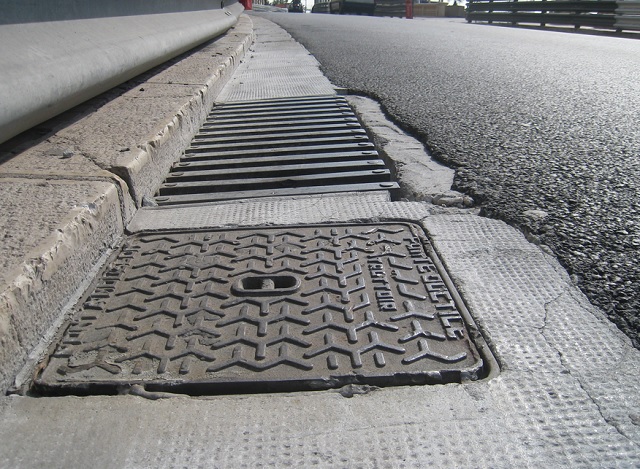 Just as the Monaco Grand Prix is different from other races in many ways, so too is the race weekend for Monaco.  Instead of Friday-Saturday-Sunday, instead we have Thursday-Saturday-Sunday.  Such arrangement allows the billionaires to return from their jobs in Switzerland or England on Friday... or not, as the case may be.  It's also one of the few that we here in the US get to see on one of the "Big Three" networks!  Here's the broadcast schedule:
Thursday
7a - 830a: Practice 2 on NBCSN live
Saturday
7a - 830a: Quals on NBCSN live
Sunday
630a - 9a: 2015 Grand Prix of Monaco, live on NBC
As always, all times are Pond Central; check your local listings.  Post no bills.

This is also Memorial Day weekend, meaning that Sunday is the Racing Fan's National Holiday as well.  We get Monaco in the morning, the Indy 500 in the early afternoon, and the Coca-Cola 600 in the late afternoon/early evening.  That's a lot of racing, and no, I'm not gonna try it this year.  The open-wheel races, yes, but NASCAR I'll be happy if I get to catch the end.  It's a busy weekend, but a fun one!  See ya 'round, racefans! 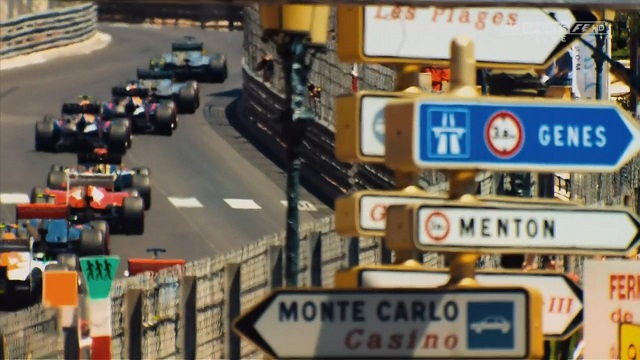 When I was a kid and thought about F1, I always thought it was about street courses. Now, of course, it ain't true; there are a few but most races are on purpose-built courses. But there are some, and the idea of doing 150 on city streets has it's attractions...

2 Steven, your comment got me wondering... just how many street circuits were there while you were growing up?

It turns out that, using the very loosest restrictions on the term "street circuit" as a guide, there were only five, plus one special case... and in the late '50s/early '60s, it seems weird to think that people would have thought of them in any way similar to our destination this week!

There was the Ain-Diab circuit.  Looping through and outside of Casablanca, it was only used for two F1 races.  It was a non-points paying race in 1957, and was the final race of the 1958 season.

The original Circuit de Spa-Francopants in Belgium formed a rough triangle between the three villages of Malmedy, Stavelot and Francorchamps.  Nearly 15km long, it was run on public roads and indeed passed through these small towns.  It has been in use in one form or another since the 1920s.

The Pedralbes Circuit ran through a suburb of Barcalounger, Spain.  It was the site of the Spanish Grand Prix in 1951 and 1954, and was retired for safety reasons after the LeMans disaster in 1955.

In 1958 and 1960, the Circuito da Boavista in Oporto, was the site of the Portugese Grand Prix.  It ran over cobblestone streets, crossed light rail tracks, and through residential neighborhoods.

Then, the special case: the Circuit de la Sarthe in France, home of the 24 Hours of LeMans.  Like Spa-Francopants, it ran from the villages of LeMans to Mulsanne to Arnage and back, all on public roads.  While not a F1 race, it is a legendary track all its own.

None of these would have been as glamorous as Monaco, I wouldn't think, save for LeMans.  Chances are, a young SDB might not have ever heard of them.  But Monaco is the face Formula 1 presents to the world, particularly back then.  Indeed, here in the US, the only F1 race we would have seen regularly was the Grand Prix of Monaco, via ABC's Wide World of Sports program.

3 When I was a kid, I had this beautiful Corgi black open wheel racer, the "John Player Special". I have no idea what happened to it. But for some reason the F1 posts occasionally make me think of it. I have no idea what the history of it is though, or why Corgi made one.

But it was one sweet toy car.

I had a few Corgi cars from around that time... that was the most memorable, though.

Indeed, here in the US, the only F1 race we would have seen regularly was the Grand Prix of Monaco, via ABC's Wide World of Sports program.

That's probably why I have that impression.

6 Also, F1 played up the glitz and glamor of Monaco as much as it could.  Not to say there weren't other places that were glamorous... I mean, Rio was on the calendar... but Monaco was the face F1 presented to the world whenever it could.

Still do, actually.  There's very little glitz to Hungary or Sochi, for example.  The idea of glamor doesn't exist when you're camping in a muddy field at Silverstone or there aren't enough portaloos at Spa.  Other than the Opera House in Sydney, one doesn't much think of glamor and Australia together (no offense, Pixy!).

But almost any TV commercial you see for F1 will have a shot or two of Monaco in it, no matter where the race is.

7 On one hand, you would think F1 would take a lesson from their own advertising:  this is what people want to see.  On the other hand, I doubt there's anything they can actually do about it.  Street circuits are, I would bet, inherently more dangerous than more-modern purpose-built tracks...although you would think F1 would at least *try* to make the tracks a bit more interesting.

8 ...you would think F1 would at least *try* to make the tracks a bit more interesting.

Alas, "interesting" and "safe" are usually diametrically opposed to each other.  If Monaco didn't have history behind it, the sport wouldn't race there.  If someone proposed a similar race in, oh, Gstaad, they'd be laughed out of the room.

10 >If someone proposed a similar race in, oh, Gstaad, they'd be laughed out of the room.

Not least because motorsport has been banned in Switzerland since 1955!

Though I understand they're making an exception specifically for Formula E.

You think I'd remember that from all the times they mentioned it on Top Punch Gear.

...they're making an exception specifically for Formula E.

Have you seen a Formula E race?  They're not making any exception at all.

Now if I knew what happened to it....

(My buddy Mitch has the Corgi Spectrum SPV. Now that's a find!)

13 Mauser, I had like 10 Corgi cars growing up.  Half were F1 or Indy cars, the rest were unremembered... except for one.

The Aston-Martin DB5 as driven by James Bond.

Here's the thing... I was young.  I remember playing with them before I moved to Duckford, so... six years old?  Around there, surely.

It seems fitting, somehow, that I can remember many of the Corgi cars I owned 40 years ago, but most of childhood before high school is a sad blur.

14 Depending on what you mean by street, surely the Nurburgring is/was a "public road" of some kind at some point? And used for F1 in the past? Though obviously lacking in urban bits.

15 AlanL, the Nurburgring was a purpose-built race circuit, specifically to get away from racing on public roads.  It's about as non-street-circuit-y as it's possible to get.

16 The Nurburgring certainly is a purpose-built race track, and it certainly is very unlike the typical street circuit.  However, the pedantic bastard in me cannot let this conversation pass without observing that the Nurburgring is also operated as a public toll road, open to all comers who want to turn a lap.  So AlanL is also correct that it is, indeed, a public road.

17 FDM, that's not what he was saying and you know it.

18 Well, yes and no. I was aware of the public being allowed in, as witness many hilarious videos of people with enough money to buy M-series BMWs and GT-series 911s but not enough skill to actually drive them.
But I also had some sort of vague notion that it was a conversion of a pre-existing country road and not a purpose build race track - which I now know is not the case.