F1 on TV: Mexico 2016 Last year's GP of Mexico was the surprise hit of the season, with the fantastically renovated circuit combining with a gazillion insane fans.  And now we're back!  Here's the track map for the 2016 Grand Prix of Mexico: 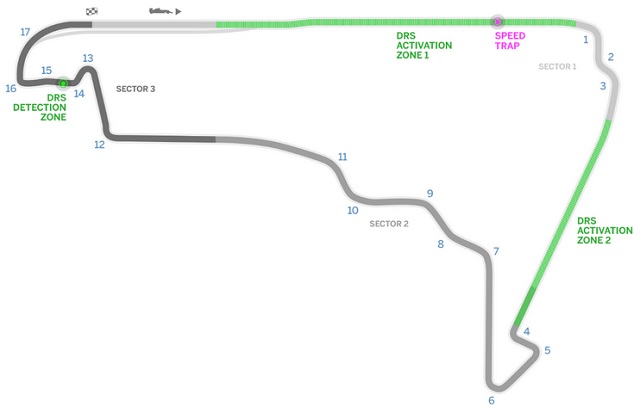 I'm really not in the mood for writing tonight, so I'll simply say the tire choices are Medium, Soft and Supersofts.

All times Pond Central, as per usual.  Please note the actual race is on NBC, the mother network.

Chin up, fellow fans.  F1U! will be along as usual.