F1 on NBCSN!: Malaysia 2013 After a rousingly entertaining Grand Prix of Australia, the traveling band of oddballs known as Formula 1 makes its way to Koala Lumper for the 2013 Grand Prix of Malaysia... and a more different circuit you could not find.  Let's take a look at the track map: 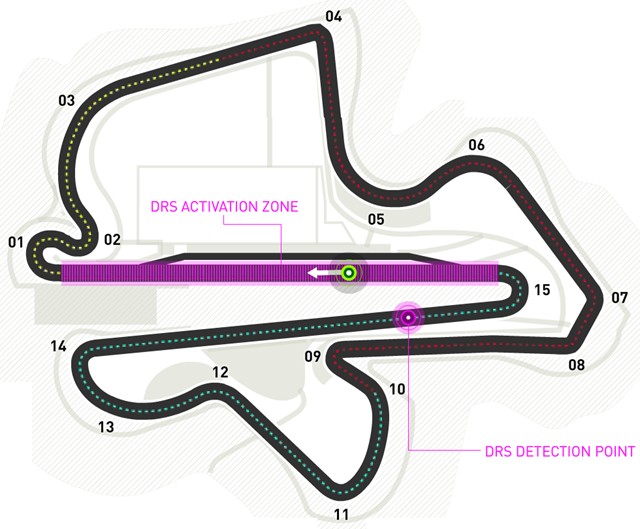 The Sepang International Circuit has the honor of being our first Hermann Tilke design of the year, and oh boy aren't we the richer for it?  Well, the two long straightaways broken up by the hairpin is nice, but the rest of it?  If there was to be an international symbol for "meh", it would be the trackmap for Sepang.  Or the logo for Windows Vista.  One of the two.

Combine the uninspired layout with stupidly high humidity and temperatures, and you've got a race that's brutally difficult for the drivers.  However, that's all tempered by the fact that it supposedly always rains right at race-time.  Since the switch to the 5pm local start time in 2009, we've had wet races twice: last year and in the inaugural race.  The forecast for this weekend is cloudy for Practice and Quals, and Biblical Apocalypse for the race.  If that occurs, then the Pirelli tire choice of Hards/Softs won't come into play.  As is, the tire manufacturer expects three stops if it doesn't rain... which means the teams'll do two.

Looks like first practice was only being shown for Australia, which makes sense... first race of the year, first F1 broadcast ever for the channel, it gave 'em a chance to work out the kinks and so forth.  As it was, I thought NBCSN did a perfectly acceptable job.  They'll get their second chance this weekend, and F1Update! will be... um... paying attention.  We'll see you then!

1 All my marsupials were too flat until I got my koala lumper.

NBCSN coverage...jury's still out.  I guess they can only do so much with the coverage they get from the world feed.