F1 New Teams Announced! The official team entries for the 2010 F1 season has been released.  While there's still some conditional teams listed (Toyota, Brawn, McLaren, BMW-Sauber and Renault) and one team that wants to be conditional (Ferrari), we now have an idea who'll be taking the grid.

The conditional teams, of course, are still trying to break the salary cap issue, the next deadline for which is June 19th.  At which point, the whole grid may very well be changed... but until then, let's run with what we've got.

The current 10 teams were all accepted for the grid, as expected.  The fun stuff comes from the three new teams added to the series.

CAMPOS is currently running in F3, and is the reigning GP2 champion.  Since its inception in 1998, the team has run in a number of different series, winning six drivers championships and five constructors titles.  They'll be based out of Valencia, where they share a facility with a different GP2 team and the Mexico A1GP team.  Plenty of experience here, and a technical partnership with Dallara should make the actual building of their chassis go quite smoothly. 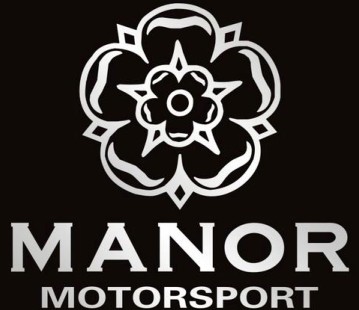 MANOR has been around since 1990, and has mostly concentrated on Formula Renault in the past, though they ran in F3 as recently as 2008.  A long line of championships (19 team titles... obviously they ran in multiple series some years) testifies to their abilities.  They've also had some good luck with their drivers, too, as the team has had Kimi Raikkonen, Lewis Hamilton and Antonio Pizzonia driving for them at one time or another.  The team's technical director will be Nick Wirth, who founded the Simtek F1 team back in the '90s.  He was the March F1 aerodynamicist in 1988 and 1989, and chief designer with Benneton F1 from '96 thru '99. Wirth has also designed the 2004 and 2005 IRL championship chassis, as well as Honda's American LeMans Series (ALMS) racers.  An impressive resume for the team on paper, at least.

It's official, there'll finally be an American team on the grid!  USF1 made a splash a few months back when they announced their plans to join the series, and now their dream has come true.  F1 Update! now has a new favorite team.  The only newbies on the block, with no prior experience as a team, they do have a lot of experience in motorsports at the upper levels of management.  The announced Team Principal, Ken Anderson, has 30 years of racing experience, has designed many Indianapolis 500 and IndyCar series championship winners, was the the tech director for both Onyx and Ligier F1 teams, and brings a stout background in aerodynamics to the team to boot.  Team director Peter ("Smarmy") Windsor has 35 years history in F1.  He's been a reporter (most recently as the 4th member of SPEED's Legendary Announce Team), a team manager (for Williams' most recent F1 championship team), managed Ferrari's chassis and suspension development teams, was a consultant for various F1 drivers, and reportedly runs a rather secretive driver training facility to boot.  The team will be dual-based in Charlotte, NC, where the chassis will be designed and built, and in Spain, where the team will race from for most of the F1 season.

All three teams will race with Cosworth engines, the first time since 2006 that the engine manufacturer has been in the sport.

Now we'll see if the big teams and the FIA can get their acts together...