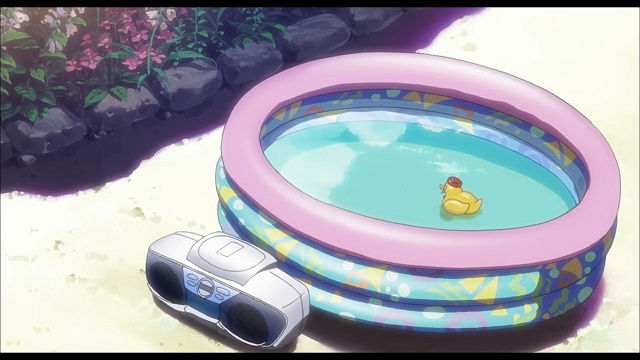 -Ghost In The Shell: Stand Alone Complex, Ep26
A few months back, I stumbled upon GITS:SAC running on Cartoon Network at, like, 4am.  I was struck by just how great the show looked, particularly since it was first broadcast in 2002.  Oh, sure, there are moments when it looks... not so hot... but by and large, they're outnumbered by the drop-dead gorgeous visuals.

For a while there, Production IG was the company to go to if you wanted a show to look top-shelf.  Sort of the way KyoAni is now, I suppose.  I gather they were the first to really devote themselves to digital animation.  Surprisingly, GITS:SAC avoids most of the oddness of early computer animation; only some cars look like they've been pasted into the scene.  I find it hard to ding the series in any way, really.  The storyline is a little clunky at times, but on the whole it all works.  Hard not to recommend it. 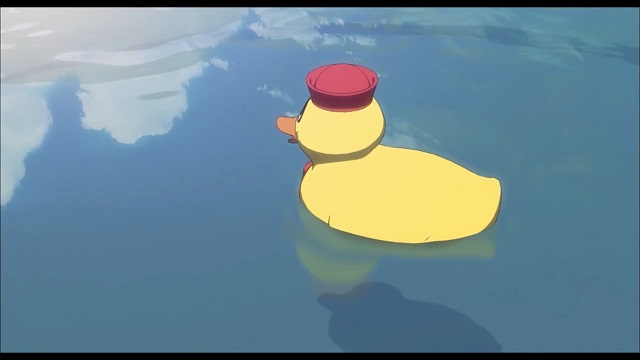 ...and the rubber duckie has a red sailor hat and kerchief on.  Bonus points for that!

1 That is a jaunty ducky.