Ducks In Anime: Seeing The World 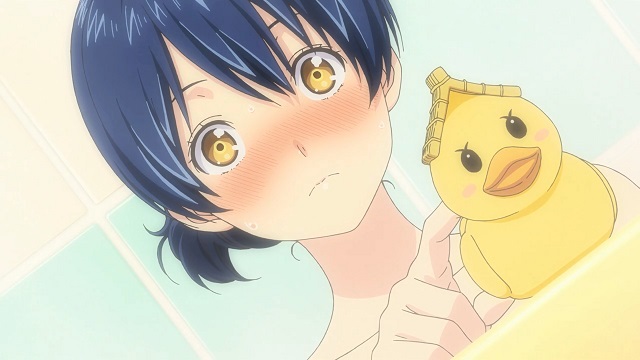 -Shokugeki no Soma, Ep10
I'm still only here for the duck, but there was an amusing joke involving it this episode.  You'll want to click "more" to see what it is, as some might consider the scene NSFW. 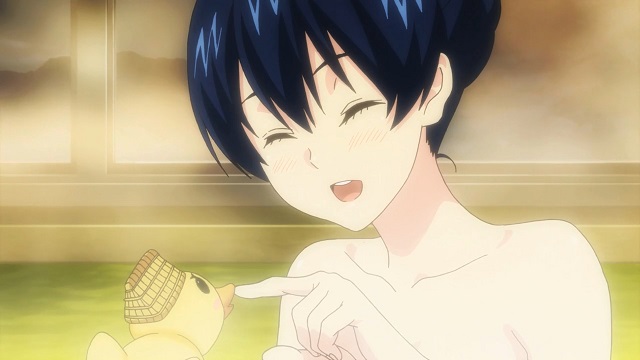 It seems this character is quite devoted to her rubber duckie, and who wouldn't be?  It's a fine, fine duckie wearing a cap made of some material that looks quite bambooish.  Anyway, near as I can tell, Our Heroes (chefs-in-training) are hired to work as chefs at a local high-end hotel.  After a tough day of combat cooking for a bunch of sumo wrestlers, an American football team, and the local rugby league, Ms Duck Owner up there retreats to the hotel's communal bath.  Soon enough, she's joined by the other female members of The Team. 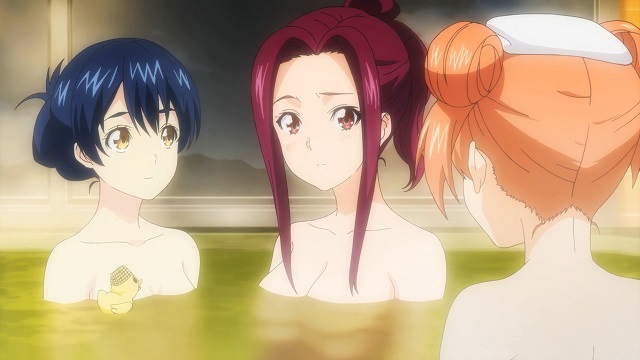 One of them expresses surprise that the duckie has made the journey from the cooking school's dorms, and Ms Duck Owner says that she thought it should see the world.  Conversation shifts to the day's activities while the duckie floats and bobs around the tub.  Inevitably, it winds up in an amusing location. 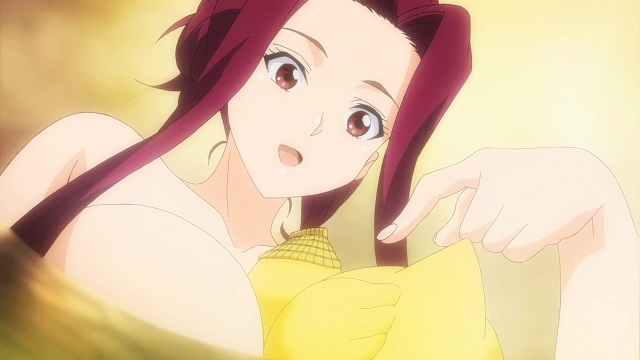 Well, it made me snort in amusement at least.

2 In that last picture, which was of more interest to you:  the duck, or the "scenery"?

4 Let's not get hasty, here.  My first two crushes where animated.