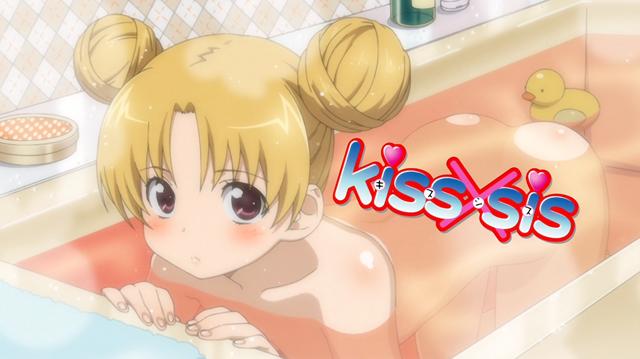 No, I didn't actually watch the show.  I was over at Doki Fansubs, one of the really good groups out there, and saw the above.  So of course I downloaded the three episode torrent to figure out which one it came from, and voila!  A lucky Ducks In Anime post!

Why, what did you think I was talking about?

Did somebody complain about that picture? Sheesh.

I've though several times about commenting on this, but the things I wanted to say were all off-color so I resisted the urge.

2 I was sitting in on a "name that theme song" panel at a local anime con this weekend, and somebody owned up to knowing the theme song to KissXSis in front of a room full of strangers.  Admittedly, a room full of strangers in garb and anime costumes, but still...  Actually, I think it might have been the same person who successfully guessed the Sister Princess theme about five minutes earlier.