Ducks In Anime: It's Been Way Too Darn Long 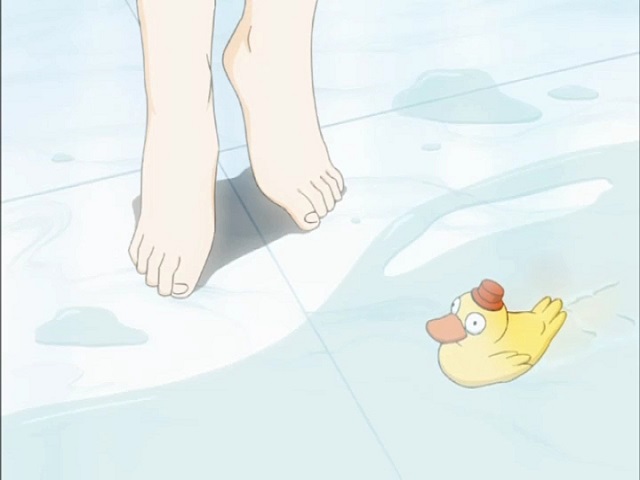 -Najica Blitz Tactics, Ep05
I had to go back to a series that aired in 2001 to find this.  C'mon Japan, you're letting me down here!

1 You deserve an award: I watched Najica Blitz Tactics and noticed a duck!  The regular response to "what did you notice when you watched NBT?" is umm... something else.

2 Who the heck takes a rubber duck into a shower?

I bet he has at least one Rubber Duck with a shower cap on.

To be fair, there was no something else in the duck screenshot.  There were probably an additional six or seven seconds of screentime without any something else, as well.  (I didn't count.)


And OGH has it right; I don't recall the last recent anime I watched that had any duckservice in it.

5 Why doesn't that duck have panties?

6 Because it has a top hat.

7 I googled "top hat and panties" just to prove it could be done.

Don't do it.  Learn from my mistake.