Ducks In Anime: Duck And Pandahamster II Some time ago, I wrote about a  wonderful little trifle from the geniuses over at Kyoto Animation entitled Baja no Studio.  Sadly, I first saw this delightful story about a hamster-blob-thing and his toy duck friend shortly after the terrible arson that consumed KyoAni's Studio 1 that killed 36... including the director of Baja no Studio.  As it's set in an anime production building that was based on Studio 1, it was doubly hard to watch.
Earlier this month, Baja no Studio: Baja no Mita Umi (Baja and the Sea) was available for streaming for a limited time... and now it's available at all the usual places one can hoist the black flag! 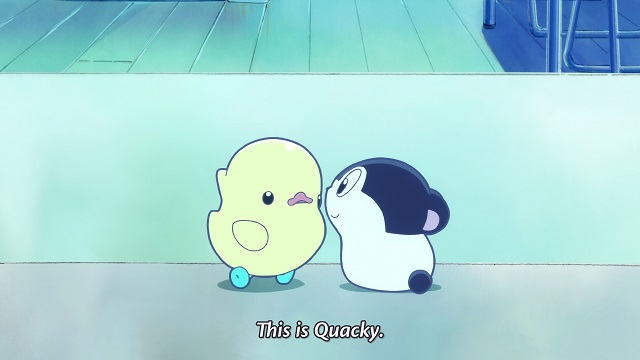 ...and it's just as incredibly cute as the first one.  This time, Baja and Quacky are told by Magical Girl Coco about "the sea", and magically takes them there.  It's as insanely beautiful as anything KyoAni has ever done. 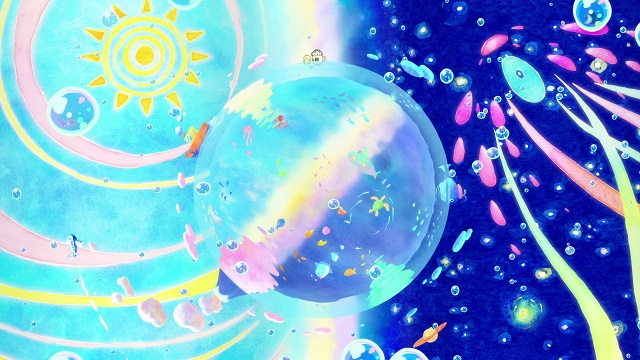 Yes, that's them on top of the water sphere.  It looks even better in motion.  Anyway, all is right with the world until the baddy, the evil Dr Doom wannabe Gi shows up and literally pulls the plug on the whole thing.  Whirlpools ensue. 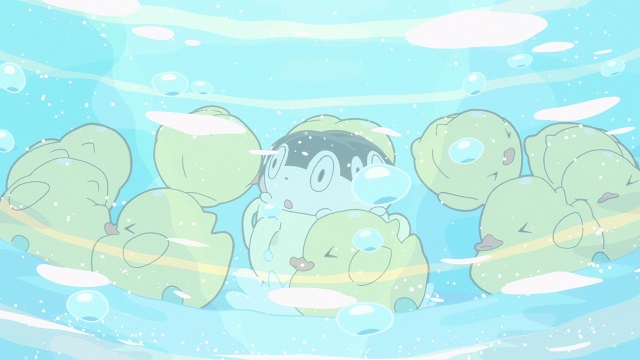 The show then becomes about Gi trying to turn poor Baja into his evil minion by... mistreating Quacky.  The utter cad. 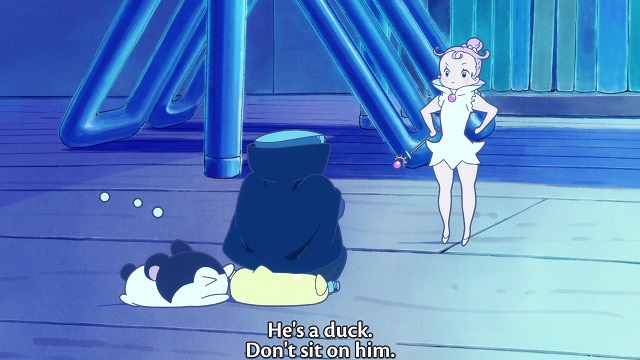 Quacky does try to fight back, however, like any brave duck should. 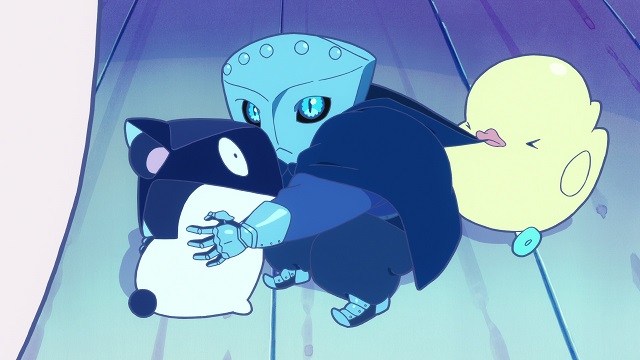 But is soon banished to a stormy sea, leaving Baja all alone.  It's a heartbreaking moment, and I won't reveal how the situation is fixed, but rest assured all is right with the world by the end.  Because that's the way it should be when a duckie is involved. 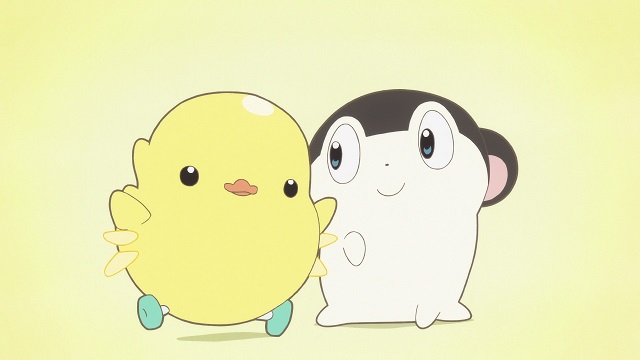 I'm not going to go tell you to watch it right away.  I'm going to tell you to save it for a day you're feeling down.  I won't claim to say it'll make everything great, but for 25 minutes or so, you'll feel better. Because that's what duckies do.

1 Ducky on wheels! I may have to hunt this one down, aye.