Duck Home! I have returned from my business trip.  Orlando looks very much like the inside of a huge convention center.  I'm exhausted.  I've turned on the 24 Hours of LeMans, and I am probably going to collapse before I have an idea of what's going on.

Stay tuned: on Sunday, there will be a special post on the trip!

UPDATE:  Oh no... a LeMans driver, Allan Simonsen, was killed early after only about 10 minutes had passed.  He was driving an Aston-Martin V8 Vantage, #95, it looked like he got a tire just off the track.  The car snapped left at the fast Tetre Rouge corner, went hard into the barriers, and while medics were on scene almost instantly, he passed away from his injuries. 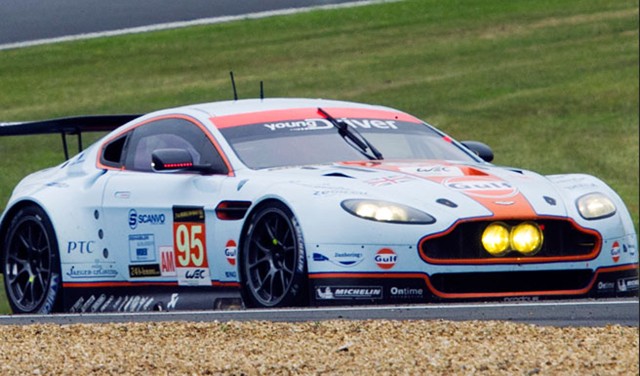 It was his seventh 24 Hours of LeMans, and his third with Aston Martin Racing.  At the specific request of his family, the team is still competing in the race.  He was the first driver to die during a LeMans race since 1986.