Did Brickmuppet Visit Pond Central? So last Friday morning, I get into the DuckMobile, buckle in, put the key in the ignition, turn it, and...

...nothing.  After a sound similar to that which a lonely puppy makes escaped my throat, I tried again.

...rapid clicking noise.  A third try gave the clicking noise with the sound of the engine trying to turn over.  On the fourth try, the car started.  Well, that's no good.  A quick call to Ph.Duck obtained the loan of his car for a few days while mine went to visit the Official Mechanic of The Pond.

Yesterday, I got the call from Tom, and he started with "I've got good news and bad news." 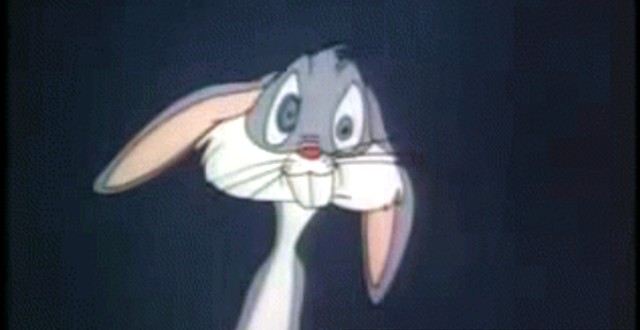 My expression when he said this

"The good news is that your battery was old and dead; your car starts fine now.  The bad news is that you've got an oil leak."   At that point, I started laughing.  THAT'S the bad news?  I knew I had a leak, I wanted y'all to fix it!  "Well, it'll be a bit difficult, what with where it's located, maybe cost a couple hundred in labor."  Do it.  "Are you sure?"  DO IT!  I want my car to stop dripping.  I want to stop having to put a quart of oil in it ever three weeks.  DO IT!

A couple hours later, it was all done for under $500... including the battery, parts and labor.  The oil pump needed a new seal, and it had leaked all over the timing belt, ruining that fairly important item.  They told me that the battery failure was actually a good thing, otherwise it was only a matter of time before the belt failed.  There were some other, smaller, things that they fixed while they were at it, too.  All in all, though, the DuckMobile is running like it's six or seven years old now, instead of sixteen.  Well worth the cost.  Just wish it hadn't happened the day before all heck broke loose at Duck U... that silence took a few years off my life!
...