Dan Wheldon Killed IndyCar driver Dan Wheldon was killed in a massive accident at today's Las Vegas 300.  15 cars were involved, which included two airborne at the same time.  Wheldon's car was catapulted into the catch fencing, shearing off the rear wing, airbox and roll bar.  Wheldon suffered injuries that was "unsurvivable", and passed away shortly afterward at a Las Vegas hospital.

After the announcement, the drivers that made it through the accident took to the track to run a five-lap tribute to the popular British driver as  pit crews and track workers lined the circuit. 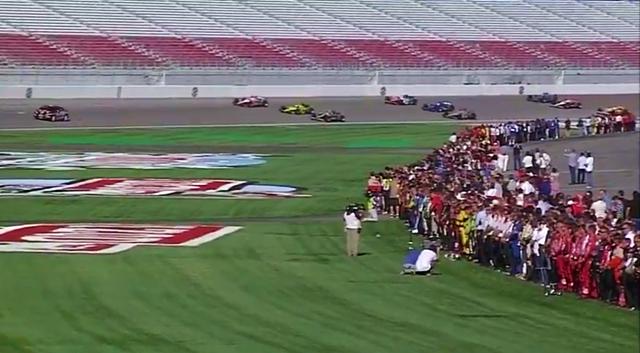 Wheldon was 33 and leaves behind a wife and two young children.

We here at F1 Update! extend our condolences to fans, friends and family, and our coverage of the 2011 Grand Prix of Korea will be delayed until Monday in tribute.