Cubswatch 2016: Seven! The Chicago Cubs are going to the World Series.

Holy crepe, I don't believe I finally got to type those words. 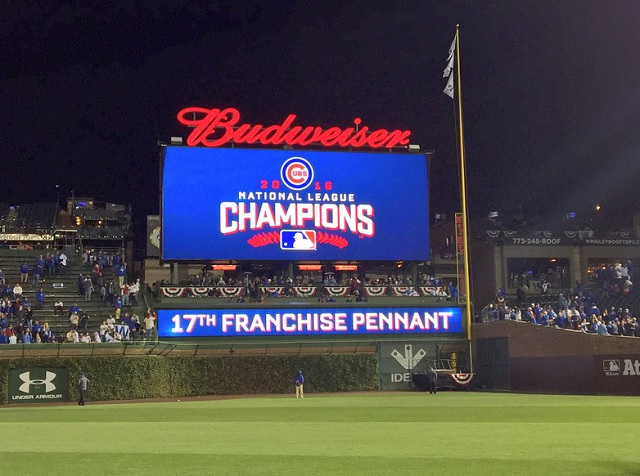 Kyle Hendricks threw a gem against the Dodgers tonight, pitching 7.1 innings of shutout baseball.  He was relieved by Aroldis Chapman, who got a sweet double play to end the game.  On offense, they beat the crepe out of the best pitcher in baseball, hitting two homers and scoring five runs off Clayton Kershaw.  It was never close. 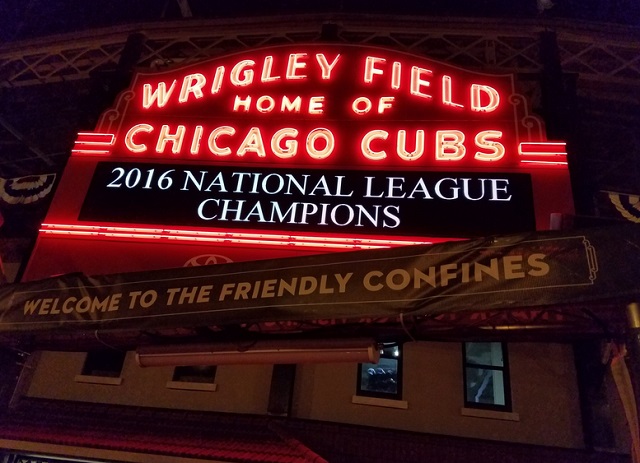 Next up, the Cubs will be facing the Cleveland Indians.  First game of the World Series will be Tuesday.  Seven down, four to go! 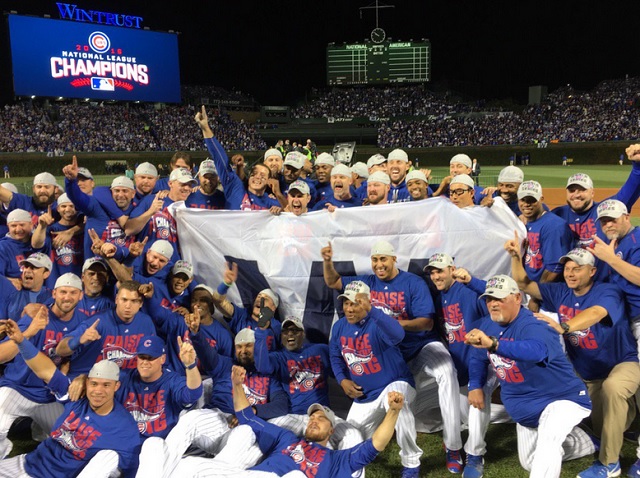 "Do they still play the blues in Chicago when baseball season rolls around?
When the snow melts away,
Do the Cubbies still play
In their ivy-covered burial ground?"

I see I wasn't the only one to think about that song. But now it looks like the dying Cubs fan has them be his "pride and joy" again, and you can't say fairer than that.

3 Banshee, the song is on the minds of all older Cubs fans.  I've never seen the so-called WGN version of "GCG", but it brought back pleasant memories.  I used to listen to WGN all the time, though not so much in 2008.  Almost all of the named people in the video were old audio pals, airstaff I spent plenty of time listening to over the years.

Particularly Spike O'Dell.  He was the afternoon guy when I first "met" him, and listened to him religiously.  Hell, I was reading his "Bite Your Butt Mustard Cookbook" just the other day!

You ain't gettin' that sort of radio up and down the dial, lemme tell ya.