Cubswatch 2016: Four! When everybody is looking up and out... 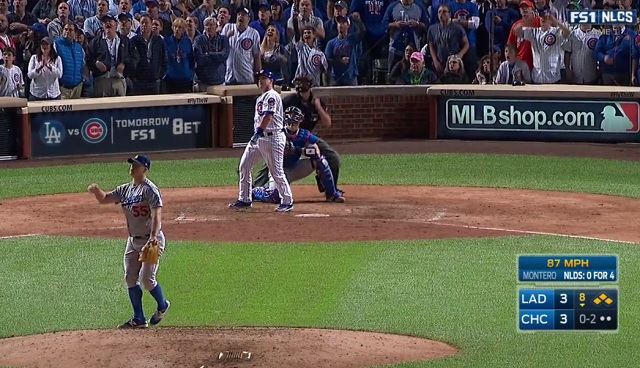 ...say it with me: you know it's gone.  The Dodgers intentionally loaded the bases with two outs to bring up the pitcher's spot in the order.  Which, at the moment, was occupied by the Cubs ace closer Aroldis Chapman.  Manager Joe Maddon brought in pinch-hitter Miguel Montero.  There was some question as to whether Montero would make the roster for the NLCS, for he was suffering from a sore back, but he talked his way on.  And then he hit a pinch-hit grand slam on a 0-2 count, putting the Cubs ahead 7-3.

If you've followed the Cubs this season, you knew what was coming.  They've already hit a granny, why not add on?  Center fielder Dexter Fowler, who had already had a spectacular catch under his belt, went back-to-back to make make it 8-3.  That the Dodgers scored a run in the top of the ninth meant nothing in the end.  The Cubs won it 8-4, in a game that also had a Javy Baez steal of home.  Four down, seven to go! 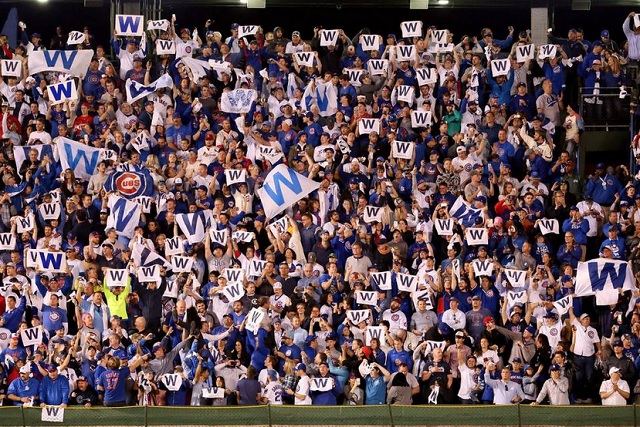