Bathtub Battles A few weeks ago, the players of World of Warships were asked to fill out a survey about how they felt about the game.  For the most part, it was all the usual stuff: "would you recommend the game to your friends?", "what do you like about the game?", you know the drill.  One of the final questions was "what don't you like?"  I'm sure most of my response was echoed by others: destroyers (and torpedoes in general) are waaaaaay too overpowered, too many "paper warships", why Soviet ships and no Royal Navy... and at the end, I tacked on "Oh, and not enough rubber ducks.  You really should do something about that." 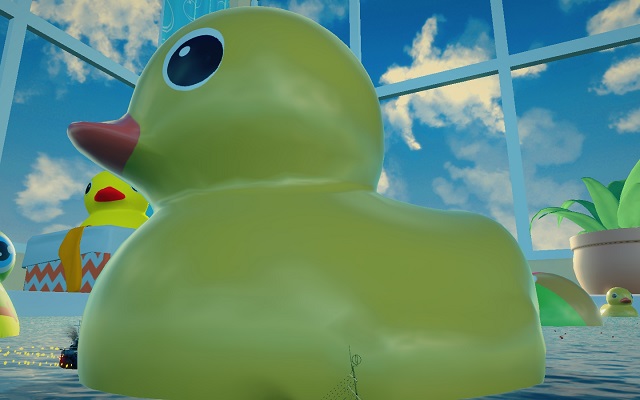 It appears that the producers listened.  It's still a combat game, it's just that now you've got toy ships floating in a bathtub firing... things... at each other.  With rubber ducks as terrain.  There are other things in the tub, too, but who cares about them? 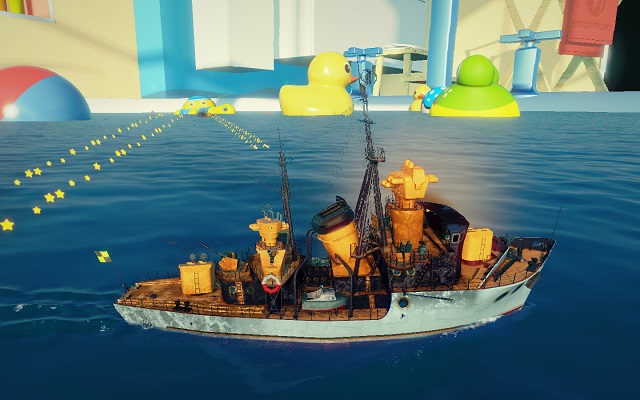 First I'm partially to blame for Rio: Rainbow Gate! getting a US release, now there are rubber duckies in WoWS?  I need to use this power only for good... 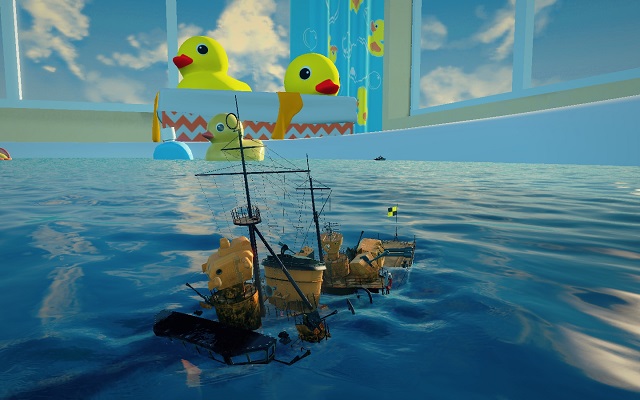 I still sink just as readily in this version of the game as I do in the regular game, that's for sure.  But hey!  Rubber ducks!  Thanks, Wargaming!!! 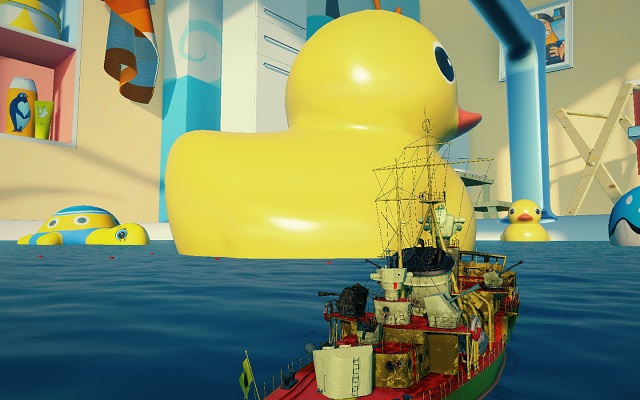 1 April fools is up already! Keen!

2 Busy killing the latest W10 nag-ware MS installed as a "security" update. Once that's done, I'll see about pulling down the update.

3 EXCELLENT use of your powers, sir. Gleeful clapping of hands, here, I assure you.

4 So the ducks serve the same purpose in this mode as islands in the regular game?

5 Yes. There are a couple rubber ducks, beach balls, and a few other large floating toys that serve as island cover.

There is a stark dichotomy between the sounds your toy boat makes when delivering fire and receiving it. It's all cutesy boops and bops until you take a sparkling star in the superstructure. Then it's explosions, fire, and the default narrator shouting in your ear.

6 Yeah, I was thinking it should be soap suds.

World of Tanks finally unveiled its April Fools mode, and it's a brain-hurting monowheel sort of ball tank on the Moon thing. The physics is really bizarre.