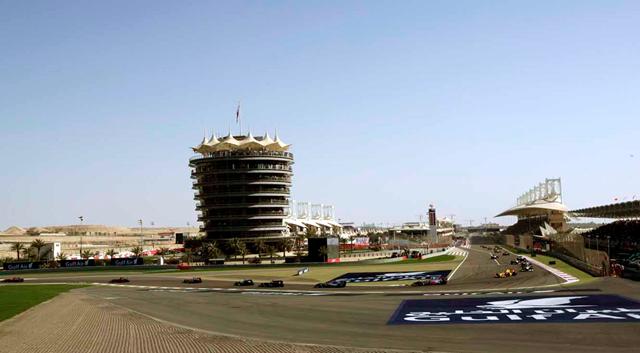 Darth Bernie, who earlier this past weekend said that things looked good for the race before flip-flopping on that statement, said "It is sad that Bahrain has had to withdraw from the race, we wish the whole nation well as they begin to heal their country.“The hospitality and warmth of the people of Bahrain is a hallmark of the race there, as anyone who has been at a Bahrain Grand Prix will testify. We look forward to being back in Bahrain soon."

The test session scheduled to take place this weekend in Bahrain has been moved to Barcelona, as expected.  Surprisingly, the race has NOT been canceled, with various reports stating that November 6th may be a likely date for a makeup.  If that date turns out to be solid, there would be some interesting scheduling problems; the Grand Prix of India is October 30th and Abu Dhabi November 11th.  Three races in three weekends, all of them rather distant to boot, could cause no end of stress.

For what it's worth, it's F1U!'s opinion that the race should not be run this season.  F1 can be as much about politics as it is about racing, and as the most watched seasonal sport in the world it has a responsibility to be sensitive to the Bahrani people.  When you read such things as "(the race) has been the prince's dream since he was a child.  He wants to negotiate so he can fulfill this dream, and it makes me sad that his dream is more dear to him than the needs of his people. "There is a big connection between (the uprising) and Formula 1," coming from the mouths of some of the protesters, it's clear what should and should not be done.  Just do the right thing, Bernie.

The first race of the season will now be Australia, the way it should have been in the first place, on March 27th.

Seems like Bahrain has more important things to deal with these days than race cars.  I'm glad it was postponed for all concerned.