America's Cup Winner! I remember, back in the day, the America's Cup sailing race was A Big Thing, when Dennis Conner brought the Cup back home in 1987.  Heck, Ted Turner (yes, that Ted Turner) captained an America's Cup boat in 1977.  But today, one of the greatest comebacks in the history of sports in general occurred, when Team Oracle USA won the Cup 9 - 8, after being down 8 - 1 to Team New Zealand.  Yep, they had to win eight races in a row to hoist the trophy, and they did.  Simply incredible.

Even more incredible are the boats the teams are using now.  Back In The Day, they used boats that looked like yachts.  Now?  Ladies and gentlemen, I give you Team Oracle USA's boat! 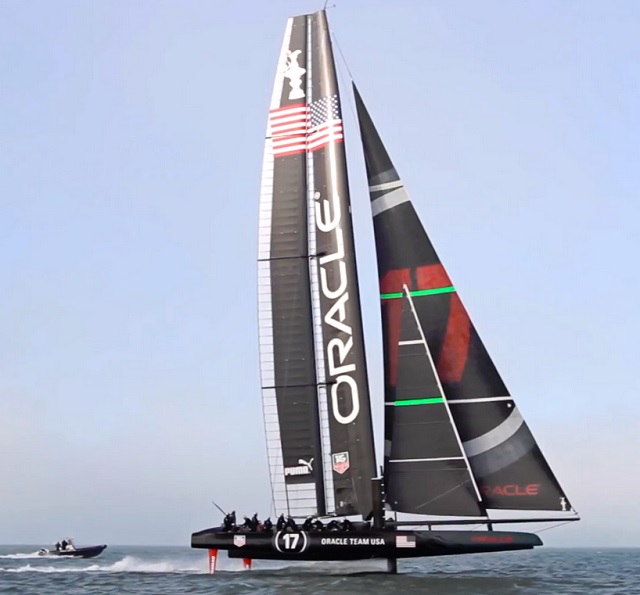 It's a damned F1 car is what it is!  Carbon fiber multi-hull design, hydrofoil-capable, and a 13-story tall hard wing!  They don't even bother calling it a sail, it's a bleedin' wing!  But, oh, can these things fly.  The Kiwis hit 44kts in a 16kt wind, for example.

I know nothing about sailing, and little of the America's Cup, and care about the same amount, truth be told... but I just needed to express both my amazement and disgust with the new boats.  Oh, and to congratulate Team USA, too.  Woo yay!