All Along The Watchtower The weather the previous few days had frankly been lousy.  The ships had been pitching and rolling in a way destined to make everybody who wasn't either a natural sailor or possessing good sea legs rather uncomfortable.  Alas, most of the men on board the fleet were neither.  Still, nobody begrudged the weather; it kept them hidden from eyes that would be very interested indeed at their presence. 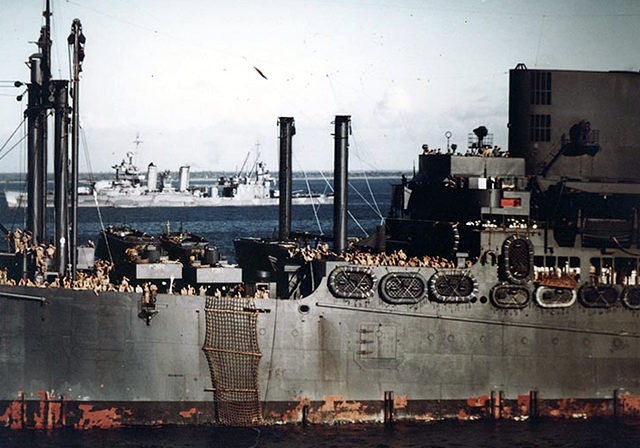 As the sun broke over the horizon that morning, the fleet broke into two task groups.  TG Yoke headed to the north, while TG X-Ray steered south, towards the larger of the cluster of islands.  Simultaneously, escorting ships raced ahead to deliver a short, sharp bombardment.  Overhead, planes wheeled around the sky, swooping down to deliver their payloads, then return to their carriers.  Below, the transport vessels began disgorging men and machines into landing craft for the run to the beach. 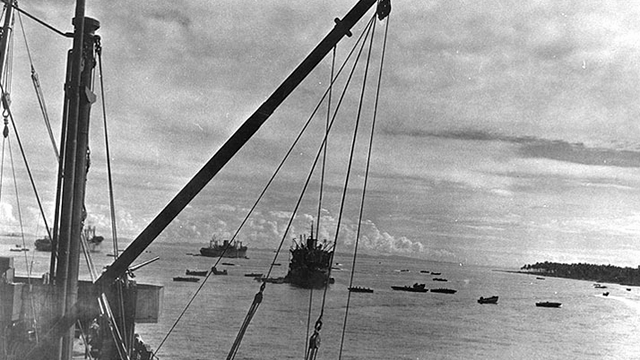 In the landing craft, the men were tense and prepared for everything.  Everything, that is, except for what they got.  While to the north resistance was remarkably heavy, to the south the landing craft and amtracks were pretty much unopposed.  By the end of the first day, somewhere around 10000 men were well on their way to having landed on that island to the south.  The main enemy being reported was a nigh-on impassable jungle.  Still, nearly 1000 yards worth of progress had been made and the major objective was near at hand.

In the coming days and months the battle for this island would become a meatgrinder for both sides, chewing up men and machines and spitting them out with total disregard.  On that first day, however, the landing on the southern island gave no indication of what was to come.

The day was August 7th, 1942.  The island was Guadalcanal.  70 years ago, the War in the Pacific entered a new phase: the Allies went on the offensive.  That phase would continue until the end of the War.

For some reason, I did not register what your post was about, despite the glaring 'Watchtower' in the subject title, until you mentioned 'Yoke' and 'X-Ray'.

2 I have an M1 Garand that was born this month, in 1942.  It always makes me think of Guadalcanal, although the Marines going ashore at this point were still carrying the M1903.

One of the veterans that I had the honor of meeting over the years had served with The Old Breed on Guadalcanal, and survived, among other things, The Bombardment.  I still consider that one of the greatest experiences I had.

On less amusing topics, I also remember getting into an online argument with someone from New Zealand over the actions of the local longshoremen in the preparations for Watchtower (Something that was reported in firsthand accounts as well histories and official narratives.), culminating in the accusation against me that I was somehow prejudiced against working people.  I found that strange then and even more so today.