A New Visitor To Mars 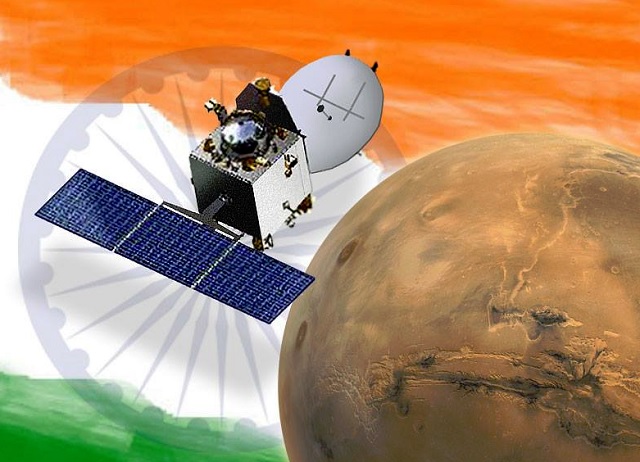 You've probably heard by now that India's ISRO space agency put a probe into orbit around Mars the other day.  Dubbed "MOM", for Mars Orbiter Mission, this is a noteworthy success in a number of ways.  First and foremost is that it succeeded at all.

Mars has always been something of a bugaboo for human space missions.  Though NASA hasn't had a failure since 1999, roughly 2/3rds of all missions bound for the Red Planet have had mission failure in one way or another.  Some of these failures were spectacular (the Mars Climate Orbiter's metric-imperial mixup), some less so (Zond 2's loss of communication three months before reaching the planet), but there were an awful lot of them.  That a space organization got it right on its first try at Mars is impressive enough, but there's another reason to be surprised. 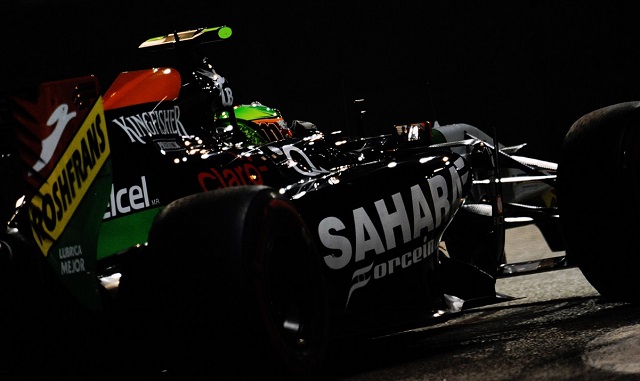 The entire Mars Orbiter Mission reportedly had a price tag of around $74 million dollars.  Construction, launch, salaries, catering, you name it, covered by that number.  Force India, the Formula 1 team owned by Indian businessman Vijay Mallya, has a race budget of right around $100 million... and that doesn't count catering.

Now, to be fair, all MOM did was deliver a 15kg satellite into an elliptical orbit around Mars, some 60 million miles away.  Force India, on the other hand, delivers a 70kg payload to sixth place after 190 miles or so.

Food for thought, that.

1 I suspect that if the rules of F1 where "build something like car using whatever means you like that can go around these tracks faster than anything else" Force India might be surprisingly competitive.

2 There was something like that once, I think it was called The Wacky Races.... :-)

3 Isn't there an NHRA category like that (except that the track is straight, not curved)? I've seen pictures of some amazing vehicles, like cars and trucks with jet engines. (Of course, on a real race track, you couldn't follow one of these guys too closely or you'd get cooked.)

5 Steven, jet cars (or jet trucks, which are 100% guaranteed to bring out the 6-year-old in me!) are, essentially, show cars only.  There used to be a NHRA ProJet category, for exhibition only, no race category.  However, that was years ago; I can't find hide nor hair of the designation anymore.

But DAMN they look cool!

6 At Reno they had a Waco Taperwing with a Jet Engine bolted underneath flying stunts, hearing the power transition from the snarling radial on the way down, to the whoosh of the jet on the way up was unreal, and the machine could do some amazing stuff. (Like climb at 4000 feet per minute straight up.)

7 Ben: we did have a mostly unlimited series, it was the Can-Am from '66-'87. Great noisy beasts w/great drivers and IMO the best racing I've ever seen. Wiki has a good overview if any would like more info. I still treasure the autographs I got from Mark & Bruce at Road America, it was the last US race I saw till I got out of the AF in 84.

I really should do a post on Can-Am.  It was the first racing series I have memories of, some time in the early '70s.  Somewhere back at the Old Home Pond, there's a box of Ektachrome slides from a trip to Road America my father took me on when I was about six or so.

I haven't seen them in years, but I remember one of them had a fantastic profile view of a Chaparral 2J in race trim.  I can only assume it was on a demonstration lap, since it was long past being deemed illegal.