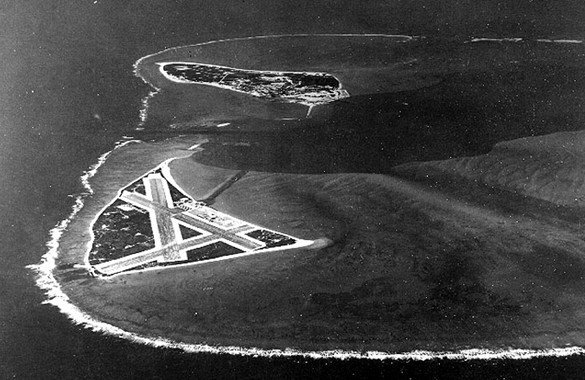 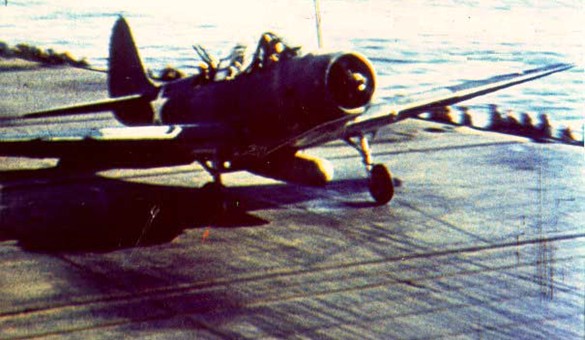 John Waldron, Commander of Torpedo 8, takes off from USS Hornet around 7am. 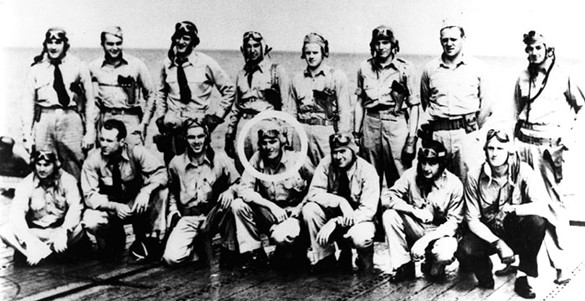 Waldron's Torpedo 8 attacked the Japanese fleet at 920am.  By 940am, all of the men in this picture save for Ensign George Gay (circled) were dead.

Their loss, along with the savaging of Torpedo 6 off the Enterprise and Torpedo 3 from the Yorktown, a total of 36 out of 41 TBD Devastators launched, prevented the four carriers of the Japanese force from launching their own airstrike.   Then the Dauntless dive bombers of the fleet arrived... and the rest is history. 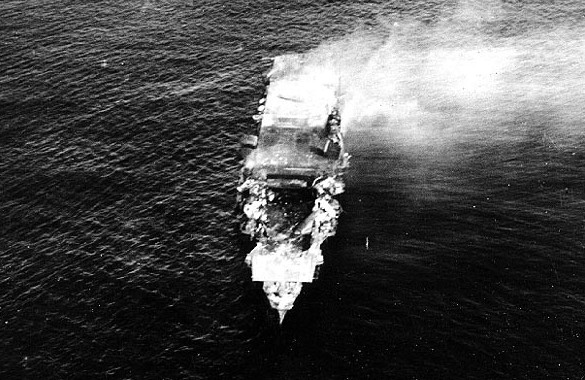 Japanese carrier Hiryu, pummled by multiple bomb hits, burns later in the day.  She would sink shortly after this picture was taken.

The USN did not escape unscathed, however.  The Yorktown, hastily repaired after the Coral Sea, took multiple hits and went dead in the water. 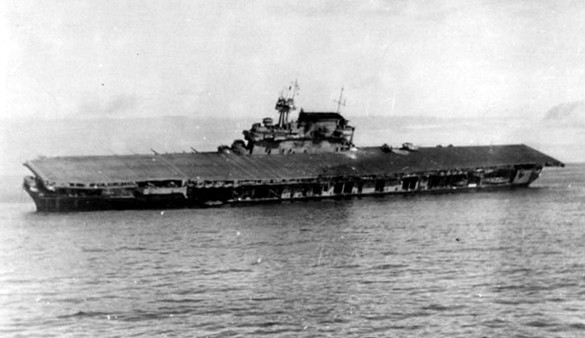 On June 7th, after being torpedoed by a submarine, she went down. 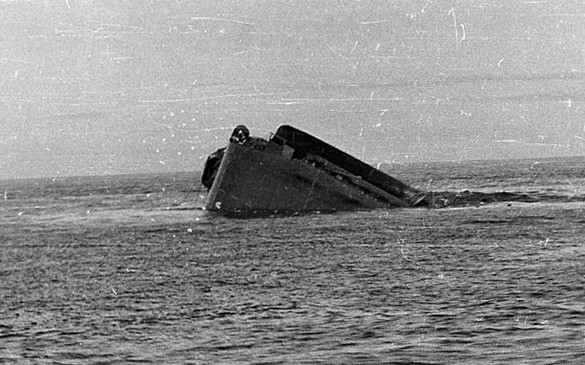 The Battle of Midway, that "miraculous victory", was over.

The Japanese would not win another strategic victory for the rest of the war.

1 Well I've moved and can't find the dang book,(or a host of other stuff)or remember the title, but it had an analysis of Japanese moves and motives leading up to the battle of Midway. One of the kickers that led to the Japanese charging toward Midway was the Doolittle Raid. Apparently Yamamoto felt that he had personally let the Emperor down by not preventing the Americans from getting close enough to launch the raid. Also the Japanese were still contemptuous of the Americans despite of what happened in the Coral Sea. Anyway that battle is fascinating because of all the ifa, coulda, shoulda, woulda, points in it. Examples: There were people on the Japanese side that believed that it was time to change the codes just to be safe but were put off, "We don't have time for that now." If the American torpedo and dive bombers had managed to make a coordinated attack per doctrine how much difference would it have made if any on the number of Japanese carriers sunk and damaged?

2 All the Japanese carriers were sunk. Kind of hard to do any better than that, donchathink?

The only reason their sacrifice wasn't a waste was because of sheer chance: they pulled the Japanese fighter cover down to the surface, leaving the sky empty when the dive bombers arrived.

And for Ensign Gay, he had the satisfaction of seeing three of the Japanese carriers get hit, and thus knew that his mates hadn't died in a losing battle.

4 Toad, I think I'll have to make a full post specifically to answer your final question.

Steven, your comment about "pulling the Zeros down" is the commonly held belief, but it's incorrect.  The time gap between VT-6's attack (VT-8 had already been hacked out of the sky) and the arrival of the Dauntlesses from the Yorktown and Enterprise was nearly 20 minutes, according to the available information.

That's more than enough time for a Zero to get back up to an altitude where they could deal with a dive bombing attack.

No, the sacrifice of VT-8 and VT-6 served a different purpose: it kept Kido Butai cycling CAP fighters off and on the carriers, and prevented the counter-attack from ever getting spotted on deck.

But what about VT-3?  More about them later.

5 Midway is the perfect demonstration of the military aphorism that in war both sides make mistakes, but victory goes to the side which makes the fewest and least important mistakes.