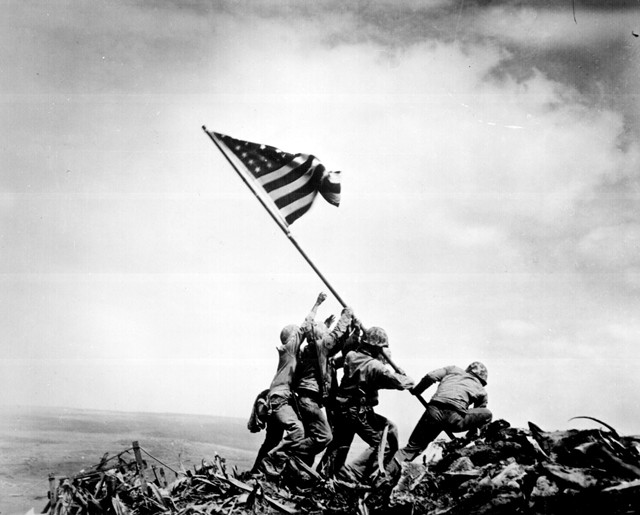 The single most famous picture from WWII was taken some 67 years ago today.  The sad thing is that most people today don't realize that this wasn't the end of the fighting... oh no.  Two of the men in the picture were dead a week later.  A third was killed a few weeks after the first two.  The island of Iwo Jima was declared secure over a month after Joe Rosenthal took the picture.