Well, THAT'S Two Hours Shot To Hell I just spent two hours on a post.  A post that I thought was clever.  It wasn't.  It fails.  Miserably.  On so many different levels.  It's a treatise on how the dive bomber was an evolutionary dead-end, yet a war-winning one.  I'll be darned if I can figure out how to make it something more than "Huh huh huh me luv Dauntless durrrrrr" however.  I've saved it, so it may see the light of day sometime after a major rewrite and much sacrificing of farm animals to dark gods, but for the moment, yeeeesh!

So, instead, here's a cute girl. 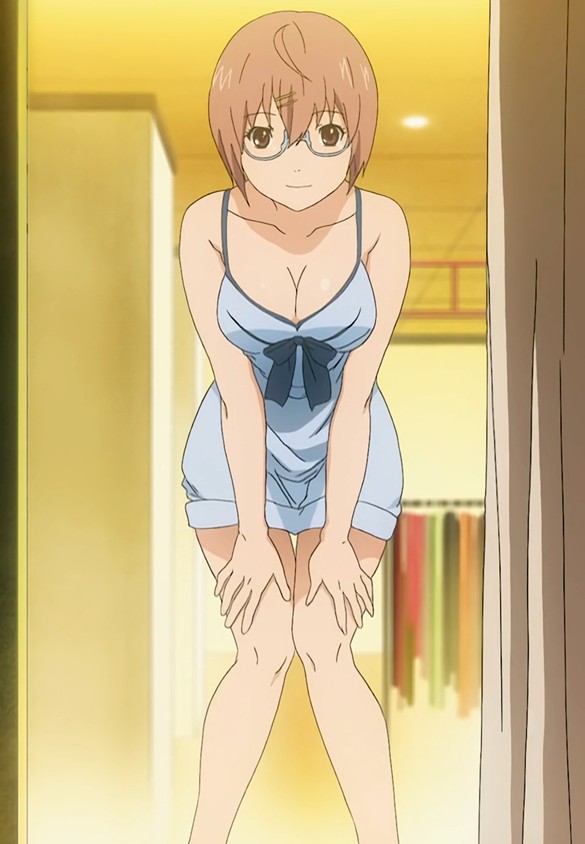 1 I'd guess that dive bombers were a stop gap before guided air to surface missiles and fighter-bombers were developed? heavy bombers weren't much use tactically and fighters early in WW2 couldn't carry much external ordinance. Was your post on these lines?

2 What about the Stuka and its relative importance to the Wehrmacht combined arms doctrine?

It's also worth mentioning that one of the reasons the dive-bomber had as much relative success in the Pacific was the -unbelievably broken- US torpedoes of the early war era.

3 I'm not interested in the story in Hatsukoi Ltd but damn the girls in it are drawn nicely!

4 I am looking forward to your dive bomber treatise.  I've read that dive bombing was so much more accurate than other techniques that the German military directed that the He-177 heavy bomber be redesigned to perform it.  Although the conversion was not successful, I try to imagine what it would look like from the ground to see such a large aircraft diving at me...