Train Derailment, One Week After 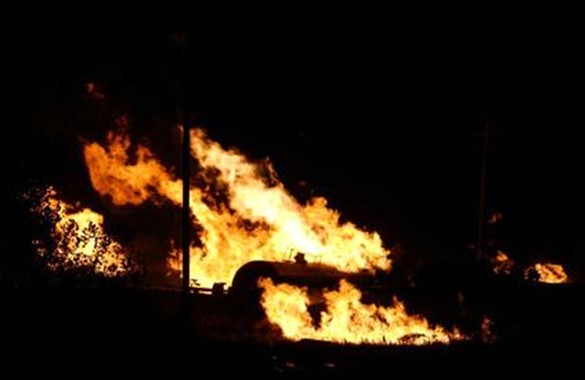 Last Friday, Duckford had a Bad Day, culminating in the derailment of a freight train hauling 78 tanker cars full of ethanol.  Some of the cars exploded, resulting in an evacuation of the surrounding area, though thankfully not of Pond Central, which is very near the accident location.

Now, a week further on, cleanup has begun and some interesting news has been coming out regarding the events of that day. 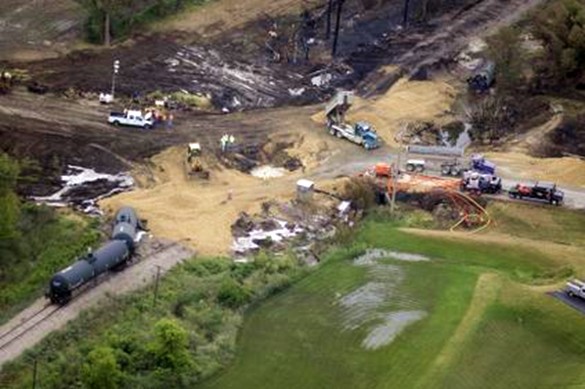 The Pond would be out of shot to the lower right-hand corner of this picture.
The biggest news is that this entire incident, which claimed one life and injured nine, could easily have been avoided.  About a half-hour prior to the incident, four calls were placed to the local 911 center, warning of the high amount of water on the tracks.  The 911 center then contacted Canadian National Railway, the operator of the train, to let them know of the hazardous conditions a full 20 minutes before the accident.  Considering the communications equipment between rail operators and their trains are as complex as that between airlines and their planes, it would seem that there would have been plenty of time for CN to have contacted their crew about the conditions.  The NTSB investigation of the incident has begun, and may take up to a year to release its final conclusions.

Meanwhile, the stretch of Mulford Road where the accident occurred remains closed, but is expected to reopen sometime next week.  However, authorities appear to have opened part of it near The Pond as there are some businesses nearby, so I may be able to get some photographs.  The rail line is going to require some major repairs, so may be closed for some time.

Finally, there has been a mysterious fish die-off in a small river downstream from the accident site.  The EPA has said that they did not detect any substantial amounts of ethanol in the water, but they can't say for sure what the reason is. 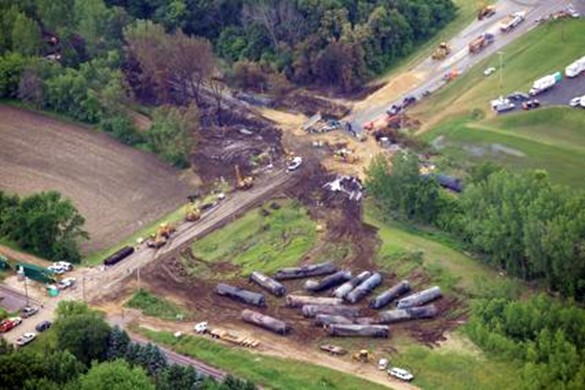 I'll write about this event as more information becomes available in the coming days.

I hope they're not planning on leaving all those dead tank cars there. That's really ugly.

I wonder how much of the repair work is on CN's dime, and how much of it the people of Illinois will have to pay for.

2 I'm sure they'll be moved eventually, but I'm also sure that the NTSB is reluctant to move them more than they already have been, at least until they are done with that particular phase of the investigation.

And while I don't know for sure (I suspect nobody knows right now), the repairs to the roadbed and tracks are surely coming out of CN's pocket.  I'll bet the damage to the street, however, will be repaired using my tax dollars.

From what I can tell, there was a lot of damage to the street, too.

It's fortunate the entire area didn't burn down. But I guess the same water that caused the accident also prevented the fire from spreading.

I'm sure you're right about the NTSB.