The FIA Can't Leave Well Enough Alone Lewis Hamilton has been told by the FIA (via McLaren) that if he wins the Driver's Championship on Sunday, he should "keep a lid on his victory celebrations." 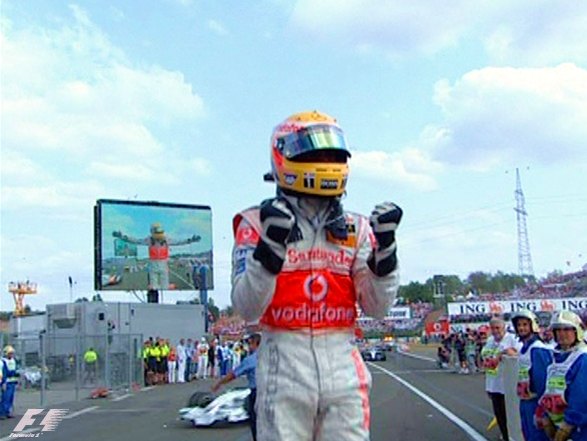 1 That's stupid. That's really dumb. I can't think of any good reason for it.

I don't recall a Lewis Hamilton victory that was raucous or stupid -- like those animal poses Alonso does, for instance.