The Deed Is Done It has been a long time coming.  The decision was not particularly hard to make, but it was difficult to pull the trigger on.  Then finding the time and energy to actually do it, well, that was a feat in and of itself.  But finally, finally, it was accomplished.

I have a new computer.

Unlike many, perhaps all, of you, though, I am not frantically hooking it up and getting it running.  Believe me, I understand that urge, and as recently as a year or two ago, I would have been a whirlwind of activity, cables and widgets and dongles flying everywhichway in my haste and zeal to get the new gadget rockin'.  No, I've still too much to get off Chiyo-chan and stored onto the external drive, and too many logins to recover from too many websites to hurry into this.

So tomorrow, the whirlwind will occur.  And the world will finally meet the computer that will take over for Chiyo-chan. 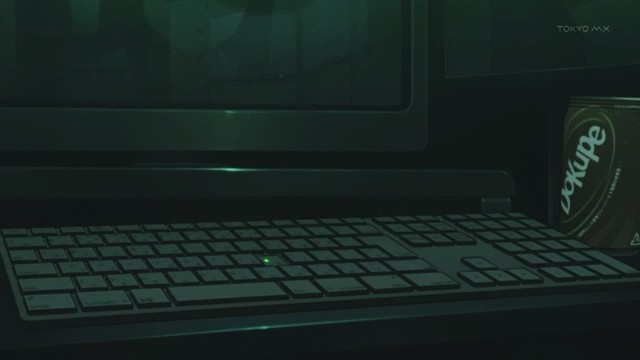 1 What the heck is Dokupe?

3 A bit of googling later and Dokupe is the Japanese version of Dr. Pepper and where the hell did you get it?

5 I hate Dr Pepper, I wouldn't even try to imagine what the Japanese version tastes like, and the screencap is from Kamisama Memochou, the driving character of which is a "NEET detective" with an addiction to Dokupe and computer equipment.

It's the first series I've encountered where Ep01 is 48 minutes long, with two eyecatch breaks... kinda like the old American TV habit of making a new series' pilot an hour long, but the rest of the episodes a half-hour.

6 "I hate Dr Pepper"
Aww, who's not up for prune-flavored antifreeze?

7 I actually had surprising luck when it came to getting my bookmarks and such back when I re-installed Firefox on Himawari.  Firefox had a bookmark archiving tool that restored them equally well.  I think I was able to restore cookies and passwords the same way.

Other programs worked by cloning their data folders after a reinstall.

8 A coworker got a new laptop recently, and they bought a copy of Laplink PC Mover for her, and it did a pretty good job of moving apps and documents.  I didn't check to see if it got stuff like her browser history and saved passwords and what not.

9 I am sorry that you heretics don't understand the glory of Dr. Pepper, but that just means there's more for me. Also, it's technically blackberry.

Actually, there are very few flavors of pop that I don't like. I thoroughly approve of things like Dad's having about six different cream soda flavors/colors. But I'm going low carb right now, so I've only had a single soda in about a month.