Sugar. Spice. And Everything Nice. These Were The Ingreedients Chosen To Create The Perfect Ducks In Anime. 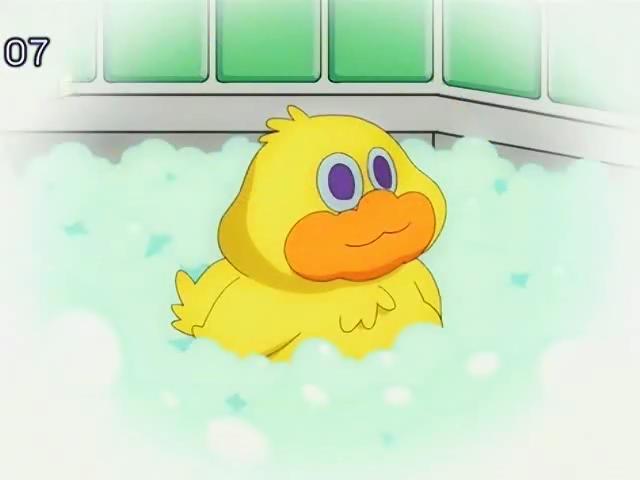 The original Powerpuff Girls was an intelligent, engaging, entertaining and funny romp of a show, one that never failed to make me laugh at its aimed-at-adults humor.  The Japanese, seeing it as homage to Super-Sentai style anime, thought it would be a good idea to remake it in their own unique way.  Thus was born Powerpuff Girls Z.  It was a magical girl show, with three normal little girls becoming "Hyper Blossom," "Rolling Bubbles" and "Powered Buttercup."  It was also turned into a kids show.  In short, it was everything the original was not... in particular, it was not funny or clever in the least.  But it did have a rubber duck in one episode.  In fact, the rubber duck was even the main "villain" of Ep21 "Quack Quack Attack".  Given life by the "black light" that created monsters, the duck eventually grew to enormous size. 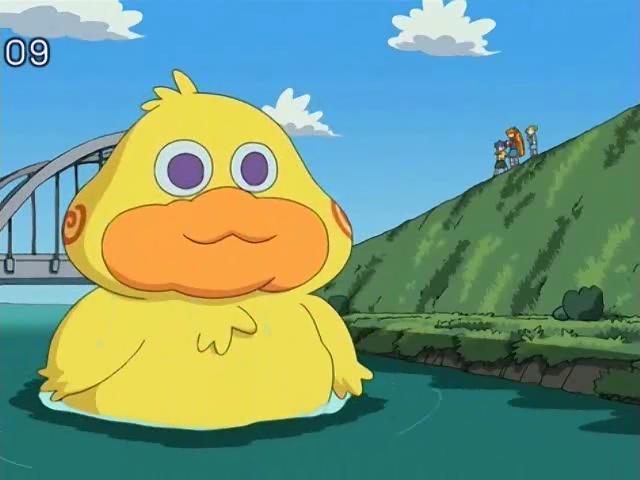 The duckie wound up accidentally terrorizing the city of Townsville as it tried to find its owner, which it loved very much.  All it wanted to do is be reunited with the little boy that dropped it one day.  Eventually it was, it returned to normal duckie size, and all was right with the world.  The End.

But hey: rubber duckie.  That's the only worthwhile thing to come out of PPGZ, right there.

1 I only made it through the first episode. Having seen what they did to Mojo Jojo, that was enough.

2 I only lasted three episodes, Steven.  I guess I had more tolerance for crap shows back then.  No, a wikiwander put me on the episode list page, saw the synopsis for Ep21, and immediately d/l'd it.

It did nothing to change my opinion of the show in general.

3 I find it  oddly comforting to know that the Japanese can screw up a good American idea (almost) as much as Hollywood can screw up good  anime.

4 Wasn't it PPG that had an episode where every line was a lyric from a Beatles tune?

I remember watching PPG long ago, and loving how they managed to destroy their city in the process of saving it from the bad guys... and how grateful the city mayor was when they did it.