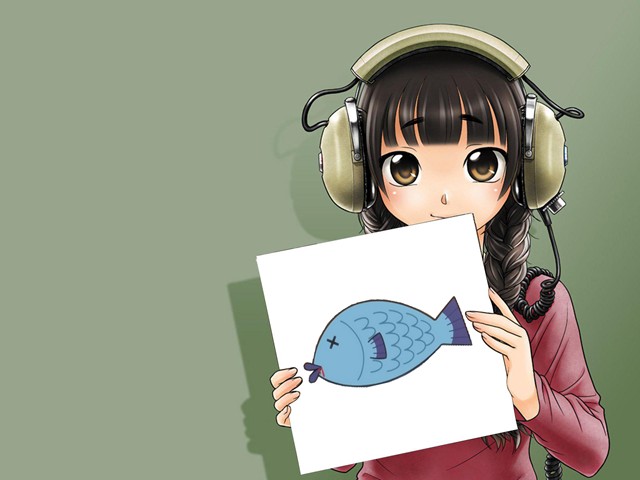 It amazes me that I've managed to go seven months since the last one of these, or at least that's what the search feature says, but it does appear to be true!  I do believe that I've deprived you, my faithful readers/listeners, for much too long.  What you believe, on the other hand,  is up to you!  I make no promises that these songs haven't been featured before, but I don't much care... I like 'em all the same!  With all that out of the way, let's get on with the tunage!

The 1980s were a complex and troubling time.  The world was on the verge of nuclear annihilation at any moment.  People wore legwarmers unironically.  Hair was not so much teased as mocked mercilessly.  Computers were called "desktops" because they were the size of desks.  And most confusing to children of the '90s and 2000s, telephones had cords. There's no way this song could be written today... mostly because today's "pop artists" are crepe and have no talent, but because it all depends on someone not being able to contact someone else.  Without even using my cellphone, I can think of a half-dozen ways I can send a message to somebody from my desk in Pond Central.  Times have changed, my friends, times have changed.

Ladytron - Destroy Everything You Touch

The first manager of the Duck U Bookstore introduced me to this song.  Her taste in music was... let's call it "eclectic"... but this is one of the few she trotted out to me that I really, really liked.  I've pretty much disliked everything else they've done, but this track got me in just the right spot in just the right way.  Cool video, too.

The Church - Under The Milky Way

There is a style of music that people call "shoegazer."  You know the type: all minor chords and introverted, nearly depressive, lyrics.  These songs drive me batguano insane.  Under the Milky Way walks a very fine line between shoegazer and not-shoegazer, and manages to end up on the right side.  I just adore this tune.

What an odd little track.  Moving on...

Cheap Trick - Ain't That A Shame

Duckford's very own.  It's because of that very fact that I've stayed away from adding them to a Saturday Night Tunage post, just because I didn't want to overdo them.  It goes without saying that I've seen these guys play a few times... even ran lights for a little "impromptu" acoustic performance they did at the Bandshell one hot summer night.  In some ways, the band doesn't get much in the way of respect from music fans, thinking of them as that group that needed to go to Japan to make it big ("Live at Budokan", anybody?), and it's true that their biggest hits have kinda been cheesy ("The Flame"?  Ugh!), and Rick Nielsen is often called "the clown prince of rock 'n' roll," but that's all quite unfair.  40 years in the business, and they've been one of the tightest, most solid groups in Rock for all that time.  Between Robin Zander's vocals, Nielsen's guitar skills, Bun E Carlos' undramatic perfection on the drums, and Tom Petersson's work on the bass (he also invented the 12-string bass), Cheap Trick might just be the greatest American rock band ever.

It's quite possible that "Get Lucky", the first single from Daft Punk's newest album, might have had the most covers posted in the shortest amount of time ever.  Most of them were lousy.  Some of them were decent.  A few were pretty good.  Then there's this guy... who not only blew away all the other covers, but possibly blew away the original.  I've listened to this one more, which is saying something.

No relation to Rick, though he was Pete Townsend's brother-in-law.  He's also in the process of remastering the entire discography of The Who.  Take that for what it's worth.  I dig this little tune, which actually hit #7 here in the US... not a bad little one-hit wonder.

Right, that's enough for this installment of Saturday Night Tunage.  See ya on the flip side!

(kids, ask your parents what "the flip side" means.)

1 The cover of Get Lucky works because of the cowbell.

Okay, now to be more serious, it is a pretty good multimix cover.

2 I thought it was the airhorn, m'self.

3 It's funny, the roomie is a big Ladytron fan and that song's the only one he's played during our workday commute that I really, really liked.

He also introduced me to that Slade song... have you been raiding his collection without our knowing it?!?

4 GD, haven't you noticed your duckies... moving... a little during the night?

5 On the other hand, Cheap Trick DID appear on Pink Lady and Jeff....

6 WD, I've long since stopped noticing that, I mean come on now...

7 Mauser, the video for "Dream Police" was on that show.  The band themselves weren't.

8 You ran lights for Cheap Trick at the bandshell?  How have I not heard this before?  Was it a good set?

9 More correctly, I ran lights for a small acoustic performance by Robin Zander and someone on guitar.  I still remember quite clearly the gentle cover of Spirit's "Nature's Way" that just blew me away.  Then, as the night wore on, Bun E. showed up, then a while later so did Rick Nielsen.  There's a really great acoustic version of "Surrender" out there somewhere... actually, it sounded a lot like this one.

I don't think it was supposed to be a Cheap Trick show... I got the impression that the others just showed up and sat in.

It wasn't quite as cool as having Stevie Ray Vaughn play a guitar solo for an audience of one (me), but it was pretty close.

10 The bandshell's right in Rick's neighborhood.  He was probably out for an evening stroll...