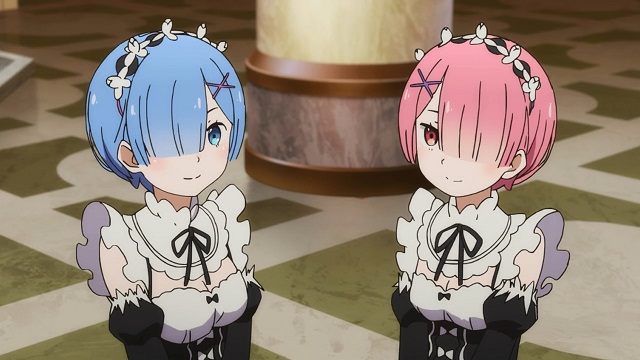 Why am I watching Re:Zero?  Sure, the plot is intriguing, the hero is actually coping with his predicament, what we know of the world is solid enough, and the surrounding characters range from "that's a thing" to "top knotch." 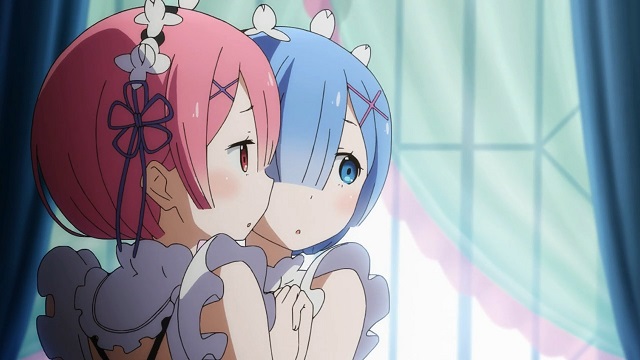 But let's face it: the twin maids Rem and Ram should be arrested for grand theft, for they've bloody well stolen the show for me, for reasons that should be obvious.  Does that make me shallow?  I can't claim to care. 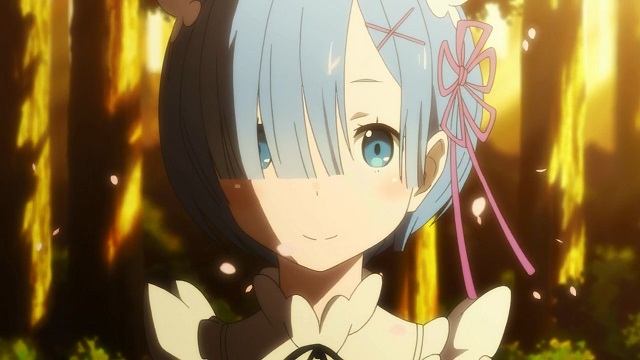 Because, I mean, damn.

1 Japanese picture sites (and Twitter) basically are exploding at the seams with fanart and illustrations for Rem. And now you know why.

Which one is Rem?

(This is like trying to tell Ram and Rom apart in Hyperdimension Neptune. One of them has longer hair but I can never remember which. It gets worse when they transform; they look exactly identical except that the colors in their costumes and their hair are exactly complementary.)

Rem is blue, Ram is red.

So that's why my computer stopped working when I installed more memory...

6 Rem is blue,  Ram is red, Got them confused, Now my laptop is dead.