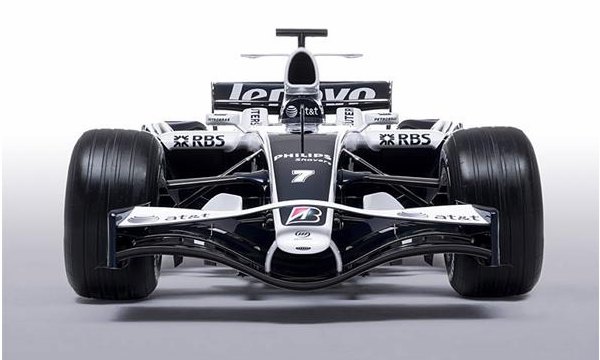 T3h 3\/1L!
Looks aren't everything, but the new Williams charger, the FW30, has an aura of menace and nasty around it.  It's been a while (Minardi '05) since we've had a black and white car on the grid, it's kinda nice to see. 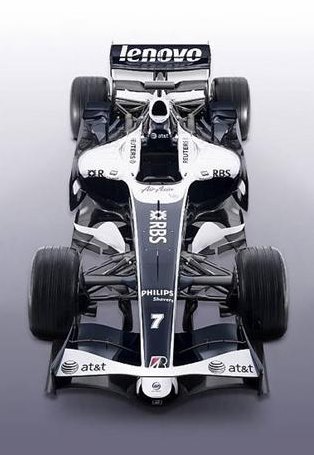 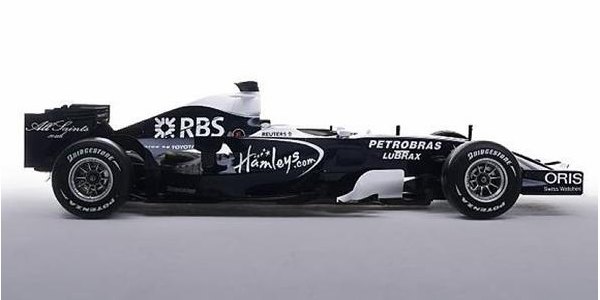 In case you were wondering, the "All Saints" sponsor is NOT the girl group (which was my first reaction), but the clothing company.  That's a good thing in my book; could you imagine if having a music group as a sponsor became the norm?  I'd have to gouge my eyes out if we ever had the Spice Girls Ferrari or the Limp Bizkit Farce India... 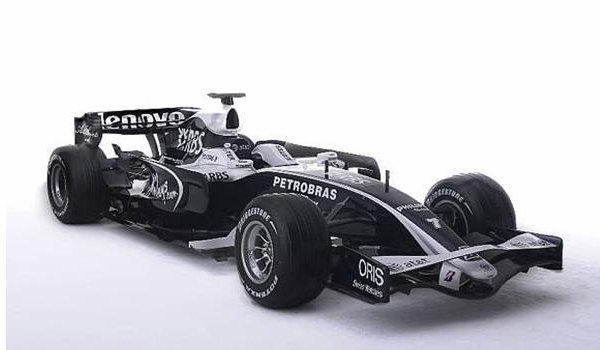 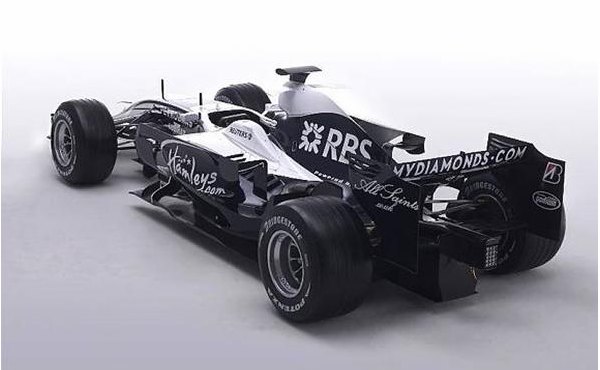 I'm trying to recall if we've seen those humps by the cockpit before (where the Reuters logo is located).  I seem to remember that there was a safety mandate handed down by the FIA in reaction to the incident last year where Man-Mountain Wurz was almost beheaded by the flying Red Bull of David Coulthard's Chin: 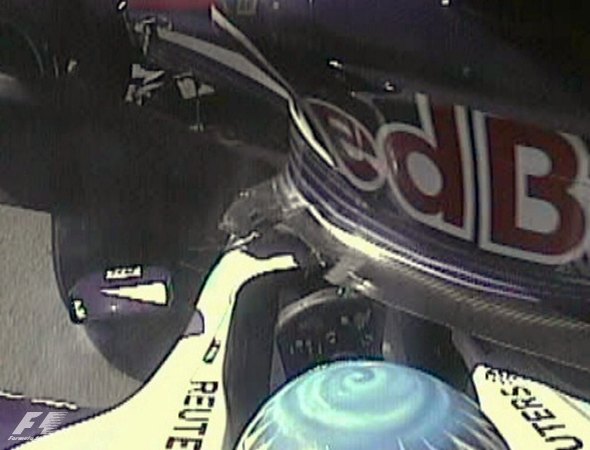 I wonder if those humps are part of that mandate, to keep the sides of the driver's head protected? 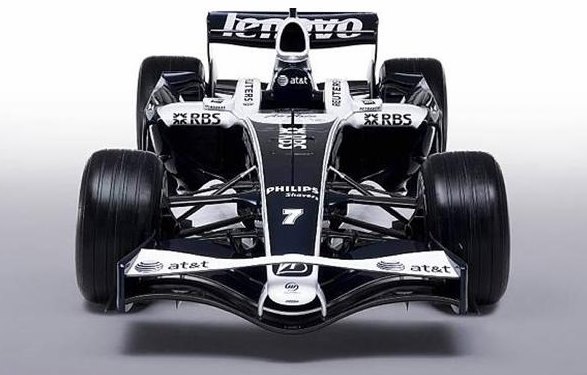 Incidentally, this is the 30th year of Williams F1 Racing.  I know that during testing, they've had 'alternate' liveries; there's a rumor that they'll be running them during the season as well.  If they hearken back to the old team colors, that'd be very neat indeed.

I love this paint job!  It looks elegant (which, I guess, is an odd word for a race car).  Less than a week to go until we can see it on the race course.

2 We can't really tell what the paint job looks like, because all those pictures are B/W. What does it look like in color?

*snort*  You have a point there.

(Unless, of course, you're serious, Steven, in which case I direct you to the Bridgestone logo on the nose.)

That was photoshopped in. Notice that it isn't in color in the last picture.

Also note that your closeup isn't in black-and-white.

What they did with most of those pictures was to drop the saturation to zero, and in the case of the two with the colored logo those parts were either excluded using a mask, or (my opinion) recolored afterwards.

I wonder why they did that only for the Bridgestone logo? The AT&T logo should be blue, not black.

I won't believe that the paint job really is black-and-white unless I see a picture of the car in a colored setting.

5 Also note that the Bridgestone logo isn't colored in the fourth picture.

I won't believe that the paint job really is black-and-white unless I see a picture of the car in a colored setting.

But, Steven, why in the world would Williams photoshop their car's livery to make it look black?  Especially when I'm not using pictures that show the drivers standing next to (or sitting on) the car?  Sure, you can mask them, too, but what's the point?  One good reason, that's all I'd ask for.

(For the record, some websites say that it's not black, but a very dark blue.  Okay, I can buy that; I don't have the greatest monitor in the world.  Close enough, though.)

7 OK, having seen those pictures, now I buy it.

Is it me or does that front wing look like a recipe for decapitation?