F1 on TV: Great Britain 2016 They call it the Home of Formula 1.  It was the site of the first ever race for the F1 championship.  It was once a RAF bomber training airfield.  And today, it is called Silverstone, the location of the 2016 Grand Prix of Great Britain.  Here's the track map: 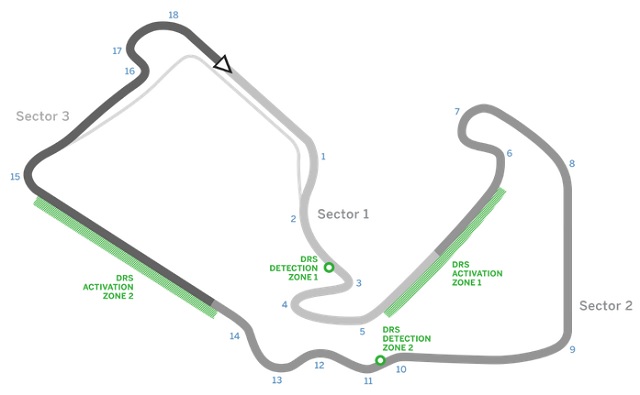 Silverstone used to be my favorite circuit.  Here's what it looked like back in 2008: 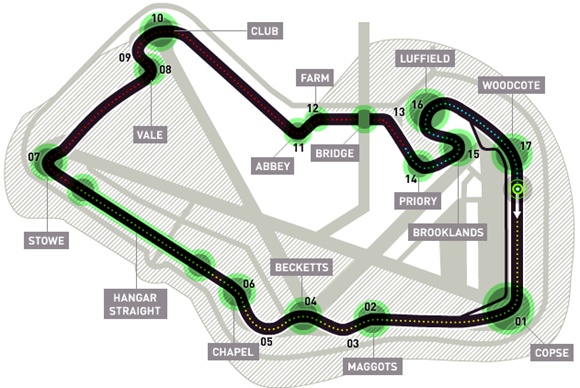 I am of a mind to say that the new Sector 1, and moving the pit straight from after Woodcote to after Club, did a fine job of mucking the place up.  Perhaps it's a case of "back in the day", but I don't think so.  But then, I wouldn't, would I?

My favorite sequence (Maggots-Becketts-Chapel) is still around, and the lunatic British fans still show up (and disappear into the mud when it's wet), I reckon it's naught but good manners that I do too.  And if you choose to do the same, the Legendary Announce Team will be doing their usual yeoman's work LIVE from... um... Stamford, CT.  Where they do almost all of their races from.  That's a step up in the world, though... they used to do it from Charlotte, NC, folding tables and all.   Here's the broadcast schedule:
Friday
Practice 2:  2p - 330p tape delay on NBCSN
Saturday
Quals:  7a - 830a live on NBCSN
Sunday
Grand Prix of Great Britain:  630a -10a live on CNBC

All times Pond Central.  Use at your own risk.  May cause itching.

I know, I know, there's very little preview in this thing anymore.  Yep, you're right.  Know why?

See ya after Quals!

1 'duck, I did a search of The Pond and nothing really leaped out at me, but have you ever written anything on the history of Silverstone?  I remember watching one of James May's Toy Stories where he discussed some of the old bits (I think, I might be confused); but my understanding is that the track used to be quite a bit more extensive, or very different.

2 Ben, you're thinking of the Hockenheim ring.

But if you compare the Duck's two maps of Silverstone you can see that there was extensive change, too.

3 Or maybe the Nurburgring.

4 I know Nurburgring fairly well.  Hockenheim fits the circumstances, with an entire leg removed and developed over, but I'm fairly certain it was a British circuit.  It may not have been Silverstone, but I remember May engaging the locals to recreate the original circuit 1:1 with Scalextric track.

5 Brooklands.  Finally got off my butt and looked it up.

6 Ben, I've never done anything on the history of Brooklands that I can remember.  Oh, I may have mentioned it as being in an episode of James May's Toy Stories, but other than that?

7 I guess Le Tour is still the most important event on the Outdoor Life Network.

8 Oh, wow.  I just remembered a bizarre coincidence from a documentary I watched.  Hockenheim is where F1 driver Jim Clark was killed.  He was a celebrity spokesman for Scalextric.

9 Yes, during practice for a F2 race.