F1 on TV: Belgium 2015 So the summer break for the F1 Circus is coming to an end.  The teams are putting their tents up, rebuilding the carnival rides, letting the efalumps out of their cages, and letting the clowns out of their cages.  Meanwhile, the drivers are returning from their vacation locations...  Jenson Button, for example, was in a villa in St Tropez during the break, and when thieves introduced knockout gas into the air conditioning they got about €300K worth of stuff.  Lewis Hamilton was spotted canoodling with singer Rihanna in Barbados and New York.  Kimi Raikkonen drank heavily, which means his break was business as usual.  And Fernando Alonso wore a hat.  But if we have to end our month-long slumber, there's no better place to do it than the track we head to now.  Here's the map for the Grand Prix of Belgium, at Spa-Francopants: 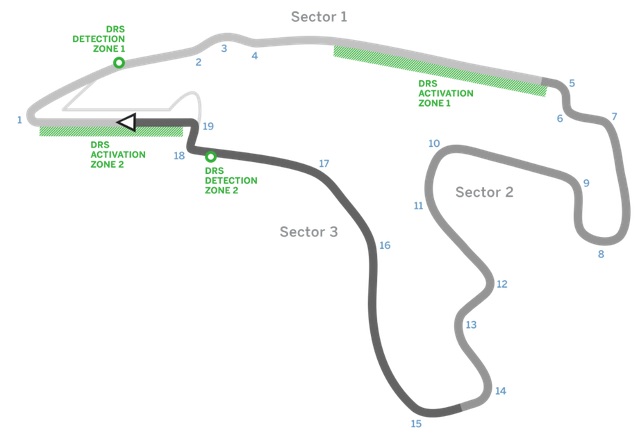 It's legendary.  It's fast as hell.  It's the longest circuit on the calendar.  It's steeply uphill from Turn 2 to Turn 4, then most of the rest of the lap from Turn 7 on is spent going downhill to Turn 17.  And it usually rains.  That's about all you need to know about Spa-Francoamerican, really.  It's a lovely, lovely track, a true classic, one the Circus has been coming to for hundreds of years.  They even raced here during WWII.  It's true!  In 1941, a Panzer III defeated two AMR 35s and a SOMUSA S35 in a rain-shortened race, and the 1944 race was won by a M22 Locust and a pair of M4s over German entries of a Panther, a new-model Panzer IV, and the very late entry of a Maus despite cold and snowy conditions.

I made that up.

As is usual, I'll be watching everything, with a quals report sometime Saturday and a F1U! sometime on Sunday... however, I'm having brunch with six family members on race day, so I have no idea when I'll be able to watch, let alone write.  But we'll be here.  Eventually.  Look forward to it, won't you?  And if you aren't going to look forward to it, don't tell me.  Let me keep some of my illusions, 'k?