Ducks In Motorsports #01 Some five years ago, the Rubbaduck named "Ducktona" joined The Flock. 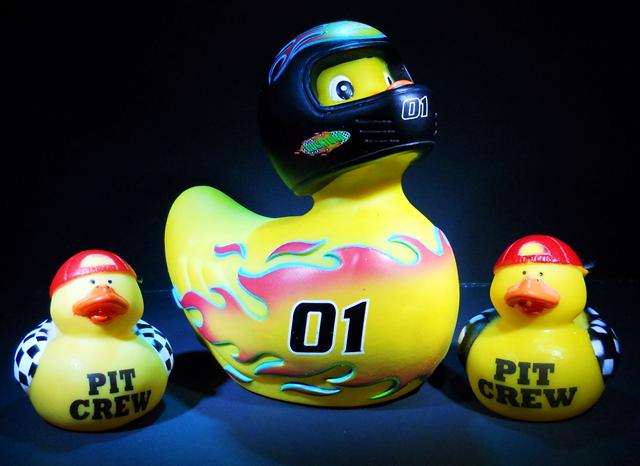 While Ducktona was actually designed as a way to promote duck races, there's clearly some NASCAR-type stuff goin' on here, too.  Now, I've joked once or twice about getting The Pond on a car somewhere (mainly the occasional Red Bull Faces For Charity event), but nothing serious.  But Rubbaducks... well, they've got more resources than I do. 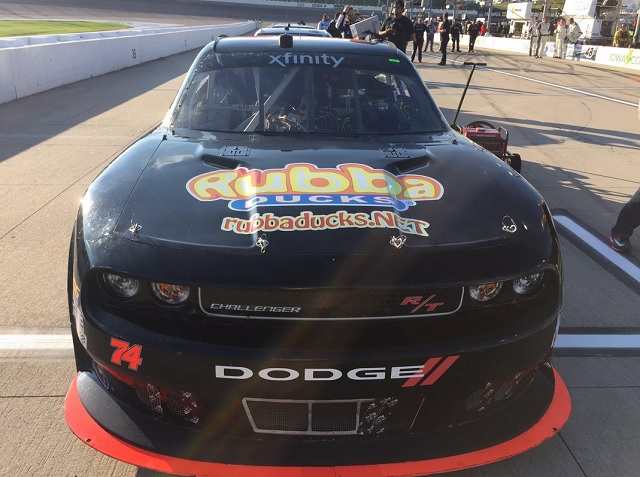 Ladies and Gentlemen, allow me to introduce The Xfinity Series #74 Dodge Challenger of Mark Harmon, who has just become duckdom's favorite driver!  He's one of the small guys, racing on week-to-week sponsorships, and he's probably best known for surviving what is often considered the worst NASCAR accident of all time.

Rubber ducks in racing... once nothing but a dream, now a reality!