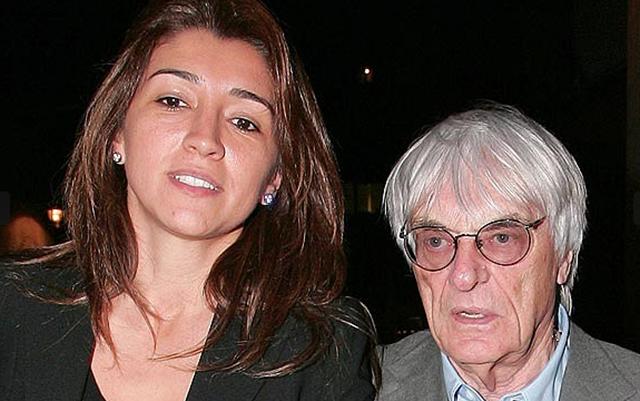 F1 Supremo Bernie Ecclestone was mugged Wednesday outside the offices of Formula One Holdings, in central London.  The 80-year-old and Fabiana, his Brazilian lawyer-girlfriend (above left) were taken for jewelery and watches to the tune of  £200,000.  Darth Bernie suffered a minor head wound in the assault, which occurred mere weeks after he claimed that the attempted mugging of Jenson Button in Brazil was faked and the streets of London were more dangerous.

"You have to remember we have a lot of problems in England, Oxford Street and places, and in New York people get mugged," Darth Bernie said of the Brazil incident.  "They look for victims, they look for anyone that looks like a soft touch and not too bright.  The people that look a bit soft and simple, they will always have a go at."

Ecclestone was treated and released from a local hospital, while his girlfriend was reportedly shaken by the whole event.  Police are looking for the four men that attacked them, as well as a getaway driver.  As of Friday, no arrests have been made and no identification has been forthcoming.  The Pond is happy to suggest some potential culprits: 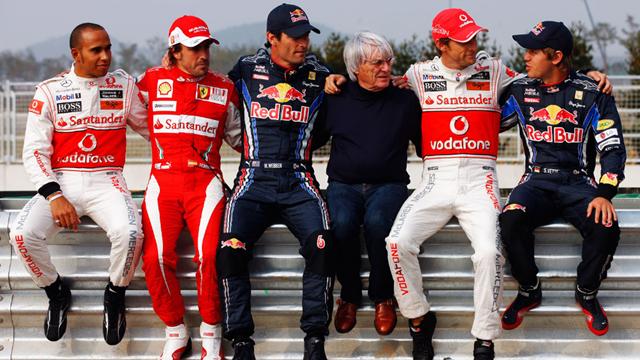 1 I don't wish this on anyone, even Bernie. Here's a AFP version on what happened.

Ouch!  That's a tough way to lose a pair of earrings.

What do you bet Bernie would like to take back those words about the Brazilian muggings--especially the ones about the "soft and simple victims."