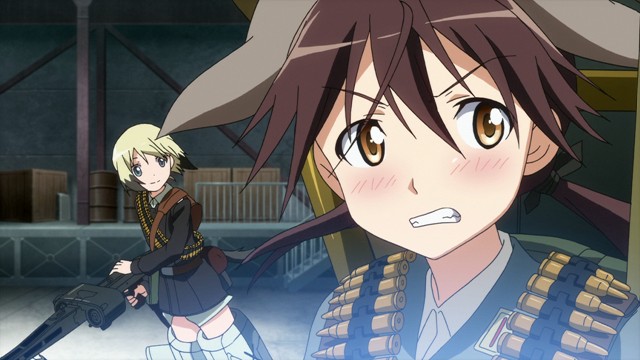 -Strike Witches The Movie
When I'm unmotivated, I can always fall back on the last refuge of the lazy blogger: random anime pictures!

1 The last refuge is cheesecake.

Ego Crushing I'm a blogger.  Well, allegedly.  By definition, I have to have a fairly substantial ego; I write because I think I have something to say that complete strangers on the internet will find fascinatingly interesting.  Oh, don't get me wrong, I'll deny the existence of my ego until I'm blue in the face, because that's who I am, but have no fear, it's there, it's real and it's spectacular.  Which makes my encounter on Tuesday so disturbing.

He earned a Silver Star, two Bronze Stars, a Distinguished Flying Cross, and two Purple Hearts.  He's an author of a book of poetry, poetry that he created as a Prisoner Of War during his six years as a POW in the Hanoi Hilton.  Poetry that he had to memorize, as he was allowed neither paper nor pencil, and disseminated to his fellow POWs via "tap code."  Of course, if he was caught at it, he'd be savagely beaten.  He retired a Major General in the US Air Force after a 37 year career.  Oh, did I mention that he's a Formula 1 fan, and has raced Formula 5000 and other open-wheel cars? 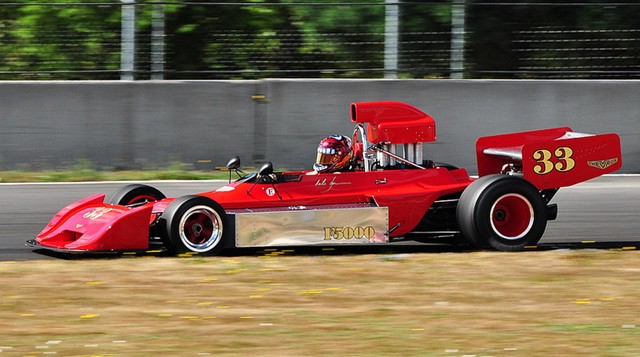 And along the way, he picked up the skills of an excellent public speaker, too.  Funny, intelligent, clever without being in your face about it, he was one of the most entertaining speakers I've ever heard.  The only thing I couldn't figure out is where he kept his wheelbarrow.

This was a guy who's real life makes that "Most Interesting Man In The World" character look like... well, like a blogger.  As I said, I have an ego, and a robust one at that.  I consider myself the equal of any man, and better than many.  This guy's simple existence made me doubt whether I'm the equal of his damn socks.  It's a sobering experience.

So of course, I'm blogging about it.  Smell the irony.

April Fools Zen The best April Fool's joke is the one that isn't.

1 So, dig up a crazy true story, and send your readers down a rabbits-hole of references, straining to see where the invention ends and the truth begins, only to fail because there *is* no seam, it's stranger than fiction all the way down?